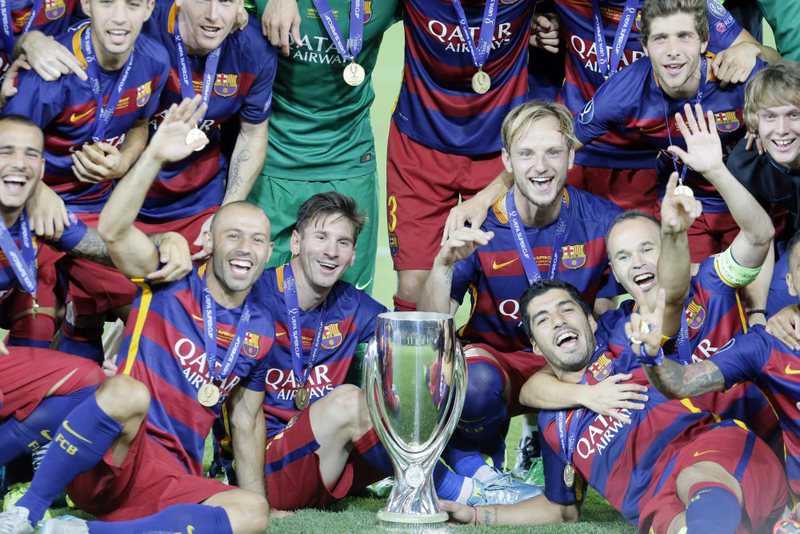 by Aug 13, 2015 12:00 am
Barcelona can extend their trophy haul this year to five when they face Athletic Bilbao in the Spanish Super Cup while much of the attention will again be on the future of unsettled striker Pedro and whether he starts in the first leg on Friday. Despite Neymar's illness Pedro was surprisingly left out of the starting lineup to face Sevilla in Tuesday's European Super Cup but they needed him to come on and score an extra-time winner in the nine-goal thriller. Tiredness in the first competitive match of the season certainly played a role as Barca squandered a three-goal lead and there will be no let up as they face a physical Bilbao team. It is a repeat of the King's Cup final where Barca had a comfortable victory but they will now need to improve defensively if they are to add to their four pieces of silverware in 2015 having won the treble last season. "We will have to examine what happened and there is work for us to do ahead of the next Super Cup game," said coach Luis Enrique after the Sevilla victory. "I am though very happy with the way that we won and showed the hard work that is necessary."

Barca's technical secretary Robert Fernandez has said Pedro wants to leave but Luis Enrique denied that was why he left him out of the side. "He had to stop training two days ago due to a problem with his leg and so I decided to start with Rafinha. It is my job to pick the team and that is what I did," added Luis Enrique. Neymar will still be missing against Bilbao with mumps and Pedro will again be in the frame to start but at the same time rumours continue to circulate of a move to Manchester United. Barca will also be without Jordi Alba while Bilbao are not at full strength with Iker Muniain, Mikel Rico and Inaki Williams among those set to be absent.

"They have important players out but so have we," said Athletic forward Aritz Aduriz. "We need to have all our players available and it is a big blow for us that we haven't." The Super Cup return leg is at the Camp Nou next Monday ahead of the start of the La Liga season the following weekend.