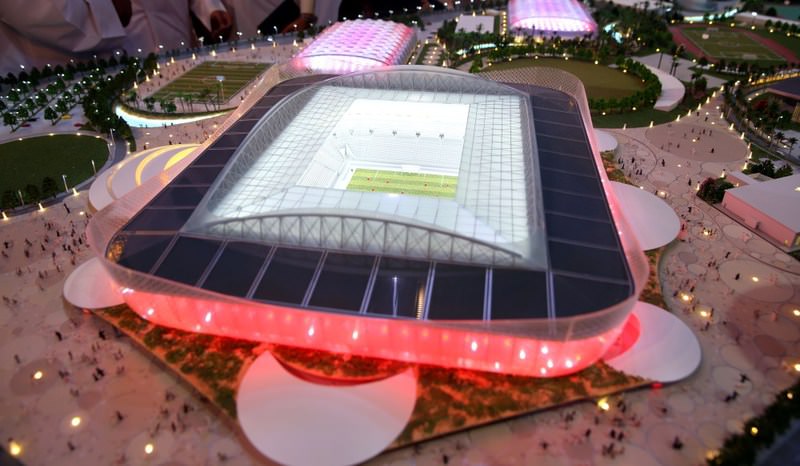 by Aug 13, 2015 12:00 am
Qatar hopes to decide how many stadiums it will use in hosting the 2022 World Cup by the end of this year, a spokesman for the organizing committee said on Tuesday. Qatar has announced details for five stadiums. Its bid included plans for 12 stadiums, but those proposals were not binding and it is obliged to use at least eight. "The final number of stadiums is still to be confirmed, but it is expected a decision will be reached towards the end of 2015," said a spokesman for the Qatar's Supreme Committee for Delivery & Legacy, which is responsible for the delivery of all tournament-related infrastructure.

The country is set to spend more than $200 billion on infrastructure as part of a 2030 development plan, a timeframe that includes hosting the World Cup in November-December 2022. The Supreme Committee declined to estimate the total cost of stadium construction and renovation. The five stadiums announced are a mixture of new builds and rebuilds of existing grounds. Four - Al Rayyan, Khalifa International, Qatar Foundation and Al Wakrah stadiums - will have tournament capacities of 40,000 and will be used for matches up to and including the quarter-final stage of the World Cup. The fifth, Al Bayt Stadium, will hold 60,000 spectators and will host at least one semi-final. The organizers have yet to reveal plans for the stadium that will stage the tournament final.