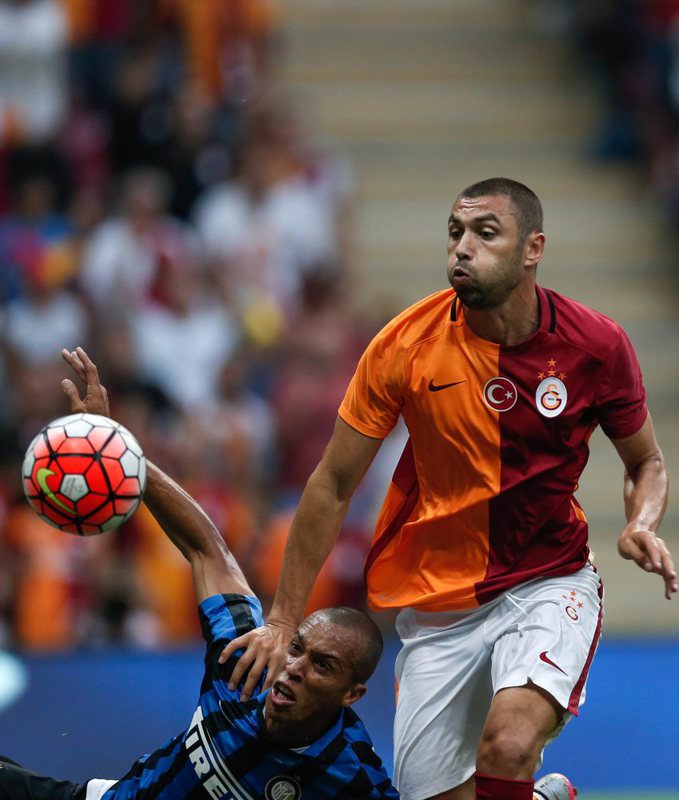 by Daily Sabah Aug 17, 2015 12:00 am
The Spor Toto Super League kicked off on Friday with last year's runner-up Fenerbahçe winning against Eskişehirspor 2-0. But with the newly worn fourth star on their jersey, reigning champions Galatasaray have given early hope to their archrivals Fenerbahçe, who are looking for a fourth star of their own. Galatasaray drew 2-2 with Sivasspor on Saturday. In the game played at Sivasspor's 4 Eylül Stadium, surprisingly Galatasaray coach Hamza Hamzaoğlu started the game without his biggest goal machine Burak Yılmaz, who is believed to be on his way to West Ham United, who are coached by former Beşiktaş coach Slaven Bilic.

The star of last season goalkeeper Fernando Muslera made a fatal mistake and conceded a goal from Aatif Chahechouhe of Sivasspor and with it ruined the start to Gala's new season. Muslera might disappoint fans further as he is on the radar of English giants Manchester Unite, who may potentially need a new number one with David De Gea possibly on his way to Real Madrid. While Galatasaray only saved their one point thanks to their new star's Lukas Podolski's goal in the dying minutes, Hamzaoğlu made contradictory explanations on why he did not start Yılmaz. He said before the match that he benched Yılmaz because it was a "tactical choice." However he said after the match, "I benched Burak to motivate him. My aim was to increase his motivation and ambition. I congratulate him, he did a great job. The goal we conceded early disturbed our concentration. We got ourselves together in the second half and dominated the game. To lose points early is better than to lose points later. It will be a lesson for us in the next few matches."
RELATED TOPICS