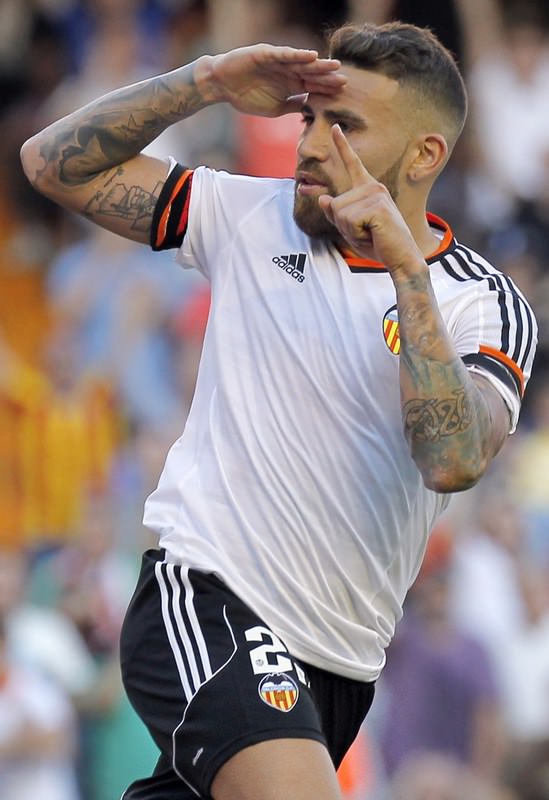 by Associated Press Aug 21, 2015 12:00 am
Manchester City strengthened its defense for the team's bid to regain the Premier League title by signing Argentina center back Nicolas Otamendi from Valencia yesterday, taking spending this summer close to 100 million pounds ($156 million). Otamendi signed a five-year deal and reportedly cost City about 40 million euros ($44.6 million). He became the fourth Argentina player in City's squad, joining Pablo Zabaleta, Martin Demichelis and Sergio Aguero. City has already signed England winger Raheem Sterling for a club-record 49 million pounds ($76 million) and also brought in England midfielder Fabian Delph as it looks to reclaim the league trophy from Chelsea, and win it for a third time in five years.

Otamendi is a tough central defender, who helped Argentina reach the Copa America final last month. "Nicolas Otamendi was arguably the best defender in La Liga last season and so naturally I'm delighted to have added a player of his quality," City manager Manuel Pellegrini said. "As a footballer, Nicolas has all of the qualities to be a success in the Premier League he's strong, he's excellent in the tackle and he's very good technically." Otamendi will provide competition for Vincent Kompany, Eliaquim Mangala and Demichelis for a place at center back, and faces a fight to make the starting team.

Kompany and Mangala have begun the season well, keeping clean sheets in big wins over West Bromwich Albion and Chelsea as City moved top of the early standings. With Kompany being captain and back in form, Otamendi looks to be battling for a place with Mangala his former teammate at Porto and Demichelis. City has also been heavily linked with a bid for Wolfsburg midfielder Kevin de Bruyne as the club benefits from UEFA's Financial Fair Play rules restrictions being lifted.
RELATED TOPICS