Irony of fate for Turkish coach 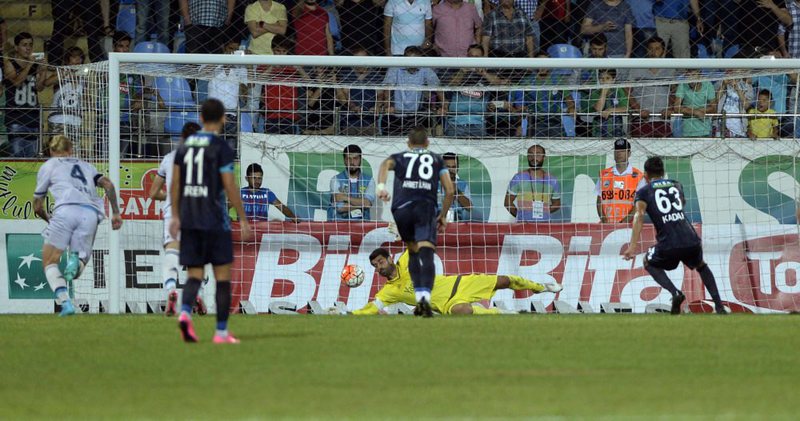 Çaykur Rizsepor coach Hikmet Karaman has learned that one should be careful what they wish for. In the match between Çaykur Rizespor and Gençlerbirliği on Aug. 16 at the Ankara 19 Mayıs Stadium, Rizespor took the lead with Ahmet İlhan's goal in the 45th minute. Hosts Gençlerbirliği equalized with Nemanja Tomic's goal in the 59th minute and later made it 2-1 with Panajotis Dimitriadis's goal. During the last minutes of the match, a quarrel erupted between Rizespor's Cameroonian forward Leony Leonard Kweuke and coach Karaman. Karaman wanted Deniz Kadah to take the penalty kick but Kweuke walked up to take the spot-kick and insisted on taking the penalty. Interest and tempers flared as Karaman gestured at the rebellious footballer in a threatening way. It was understood from his lips that he used graphic language when addressing the Cameroonian striker. However, Kweuke took the kick and found the net. 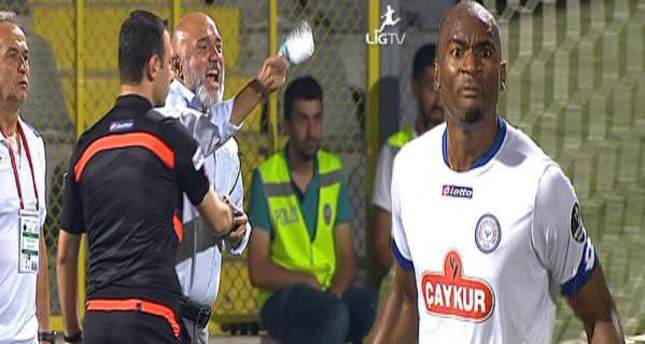 After that he pointed to Karaman, advanced towards him and screamed the F-word. His team-mates only just prevented him from attacking his coach. And later he found the net one more time and brought victory to his team and subsequently burst into tears. But neither coach nor club tolerated the disobedience despite the golden three points. It was announced that Kweuke would train separately from the squad until a decision is made about him by the club administration. But the fans did not agree with the coach and the club administration. They have been fiercely supporting Kweuke since the crisis arose. The fans carved, sprayed, even tattooed Kweuke's name anywhere they found suitable. Against the fans' reaction, the coach and the administration had to step back from the front line. And after negotiations, Kweuke apologized to his coach, Hikmet Karaman, and was allowed to train with the team again.

A week later, their rival was Fenerbahçe, a team that has spent heavily and boats players such as Robin van Persie and Luis Nani. With the crisis having been solved, Hikmet Karaman selected his rebel footballer Kweuke for the game against Fenerbahçe. The Istanbul team took the lead with Van Persie's goal in the 18th minute. In the 33rd minute, the irony was realized. With Kweuke's assist, Ahmet İlhan faced Fener's goalkeeper Volkan Demirel. Demirel fouled İlhan and dropped him to the ground. The referee, Cüneyt Çakır awarded a penalty to Rizespor. While everyone wondered who would take the spot kick, Karaman called on Kweuke to take the penalty. But this time the Cameroonian gave the ball to Deniz Kaday, who was previously chosen by their coach as the first-choice penalty taker, as a gesture. Kadah came to the spot, hit the ball but missed the penalty, with Volkan Demirel saving well. But Kweuke took the stage again in 74th minute by assisting his team-mate Ludvic Sylvestre. Sylvestre crossed the ball into the penalty area. While Fenerbahçe's Danish Simon Kjaer was trying to head the ball away from danger, the defender scored an own goal. The match ended 1-1.

After the match, coach Karaman said in a press conference: "We evaluated the penalty matter during last week. As a result I made this decision: If we are awarded a penalty, I will make the decisison in that moment on who will take the shot. And tonight I decided the penalty should be taken by Kweuke. But he gave it to Deniz. It does not matter. Kweuke might have been missed too. These type of gestures contribute to our team."

Apologizing after the match Deniz Kadah said, "Kweuke came to me and wanted me to take the shot. I'm sorry that I missed."

Fenerbahçe coach Vitor Perreira said, "If a rival play well like that, it will be naturally difficult to win. The Spor Toto Super League is not an easy league. There are so many good teams in it. They are especially aggressive in their home grounds. But the pitchs are very bad. We can't play in a way that we want. It is also difficult to play well after every three days. We will get the title no matter what."
RELATED TOPICS