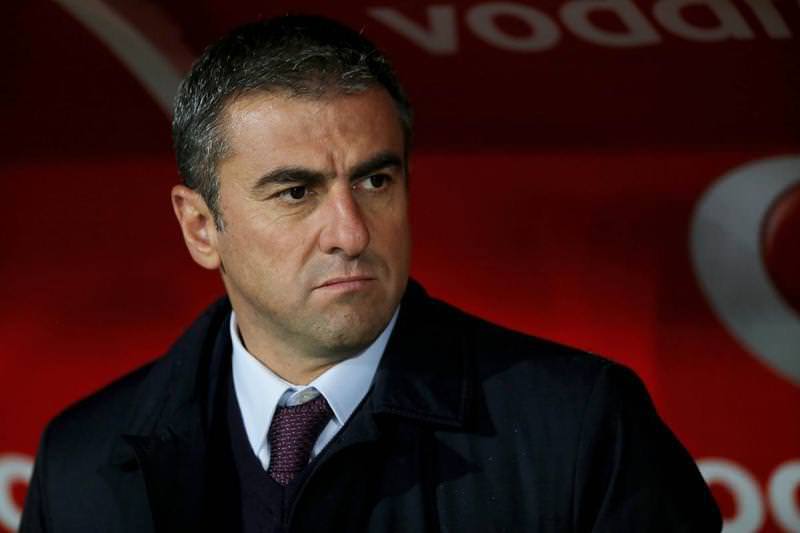 Galatasaray coach Hamza Hamzaoğlu has tried to reassure fans that his side's wretched start to the league season is just a temporary blip following Monday's embarrassing home defeat to Osmanlıspor. After drawing in the opening week of the Spor Toto Super League, Galatasaray slumped to a stunning 2-1 home loss to the relatively humble Osmanlıspor.

The visitors came away from the Turkcell Arena with an unexpected three points thanks to goals from Serdar Deliktaş and Gabriel Torje. Osmanlıspor took the lead halfway through the first half thanks to Deliktaş's strike. Sabri Sarıoğlu equalized just before halftime before Torje beat the goalkeeper from long range early in the second half.

The Turkish coach moved to tell fans that the poor form was merely temporary. "Today, we could not finish with a win in our first home match of the season. It means we have deficiencies in our play and made mistakes. My players did their best. But we could not find the net."

On how the negative reaction to the defeat from the club's supporters affects him, Hamzaoğlu said: "I can't say they do me good. The reactions from our own fans are not nice. If the rival fans do this, I deem it normal. Anyway, we are here for them. Nobody needs to worry. We are passing through a temporary period. After the big successes, it will be difficult to continue on the same path. Everyone will see what Galatasaray are."

More worryingly perhaps for Galatasaray is the form of their star player, goalkeeper Fernando Muslera. The Uruguayan won virtually every available individual and team accolade last season but his start to the current season has seen some uncharacteristically sloppy performances, which extended to Monday night as he let in a soft goal to hurt his side.

Muslera was beaten from a distance on Monday and the keeper felted moved enough by his own poor form to go up to the stands after the game to apologize to the supporters, who appeared to console him and take his side.

Romanian Gabriel Torje was the man to beat Muslera from distance - something he did last year against Beşiktaş when he was still at Konyaspor. Although he credited his team for fighting hard for the win, the winger was able to admit that his side enjoyed the rub of the green in the win.

"You must be a little lucky in these kinds of positions. I saw Muslera come forward too much and took my chance. You must be lucky to defeat the powerhouses. I scored a very important goal. We fought the good fight and won," Torje said.

After controversially missing out last week, Galatasaray started the game with their star striker Burak Yılmaz leading the line. Hamzaoğlu's decision to replace him with Yasin Öztekin in the 59th minute went down poorly with the fans, but the coach defended himself, claiming that he understood the fans frustration but that the striker's injury forced him off the pitch. Hamzaoğlu said: "The reactions are natural. Because we were losing the match and the striker of the team was being replaced. He has an injury on his shoulder. He played thanks to an injection. Towards the end of the match, he could move forward very slowly. So, I preferred to replace him with Yasin Öztekin who may bring action to the team. I have no problem with Burak. As long as a footballer plays in his full capacity, I never have problem with anyone."

Jose Rodriguez, who wore the Galatasaray jersey for the first time on Monday, also tried to calm down the raucous Galatasaray faithful, telling them there is a long season ahead. Having been transferred from Real Madrid, Rodriguez said: "Please, our fans should be comfortable. We have 32 weeks ahead of us. We must absolutely take lessons from this match. We found lots of opportunities but we could not evaluate them.

Star striker Lukas Podolski said: "We wanted to begin with a win in our first match at home. We must be more careful. We had an unlucky day. This happens in football. We are the title holders. Every team is trying to play better against us. We will show our real strength."

Galatasaray now finish the second week of the new season on just one point, sitting in 13th position, well behind Kasımpaşa, Antalyaspor and Trabzonspor who share the top spot after two wins from the opening two games.

The Istanbul side travel to Konya next week as they look for their first win.
Last Update: Aug 26, 2015 2:42 pm
RELATED TOPICS