Fenerbahçe President: Why shouldn't I transfer Messi and Ronaldo? 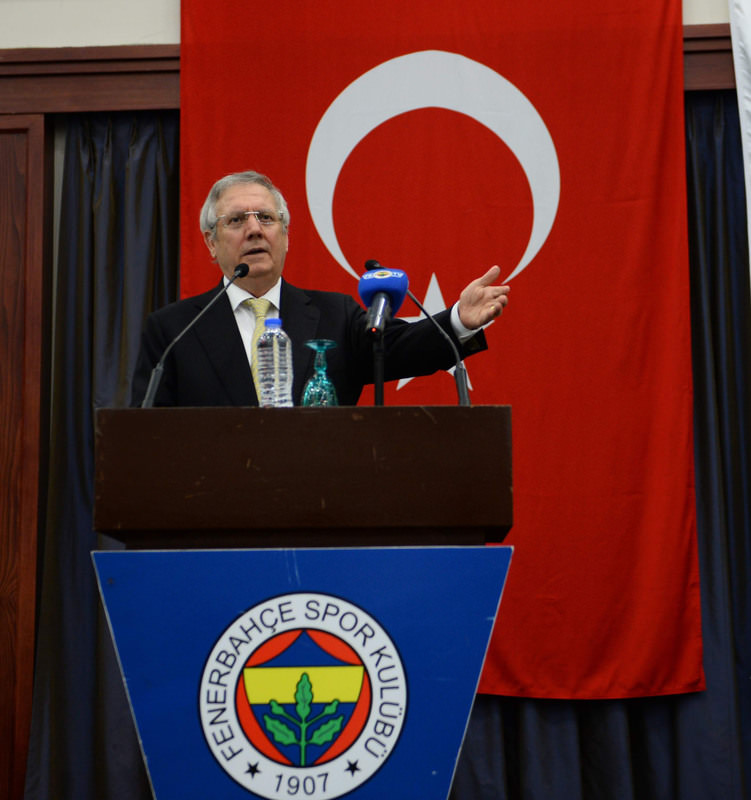 by Daily Sabah Aug 28, 2015 12:00 am
After a summer of splashing cash and signing big names, Fenerbahçe President Aziz Yıldırım may have finally stretched the limits of his club's pulling power. Having already transferred world stars such as Robin van Persie and Luis Nani, he turned his eye to the game's two biggest stars, Lionel Messi and Cristiano Ronaldo. He said in a TV interview aired on Haberturk Canal, "If we have $100 million extra income in a year, why shouldn't I sign (Lionel) Messi and (Cristiano) Ronaldo. I would go and negotiate with them. I would also make sure that Zlatan Ibrahimovic will never play at a Turkish club other than Fenerbahçe. (Galatasaray's legendary Romanian player Gheorghe)Hagi once wanted to play at Fenerbahçe and his manager advised him to us."

Stressing that they earned TL 80 million ($27 million) from combined ticket sales, he said, "If we can reach 1 million members in our project we could get an extra $36 million from the contract we made with a web browser. For the time being, we have $7 million in cash in the bank. We also have $100 million worth of bonds in the stock exchange. Last year we sold more than 400,000 jerseys. I asked Giuliano Terraneo (the team's sporting manager) what he would do if we earned $100 million and he responded that he would kill me if I did not sign Messi. Would van Persie ever come to Turkey if we didn't have money. If you show the money everybody comes. I also offered Arda Turan 15 million euros in 2011, which was a first for Turkey then."On their Senegalese striker Moussa Sow, Yıldırım said: "If he wants to go, he just has to say it. Some people have confused him. He will either leave the club or be sent to the stands. I will never forgive him. If he brings in 17 million euro he can go." Meanwhile Dubai's Al-Ahli club is said to be eyeing Sow.
RELATED TOPICS