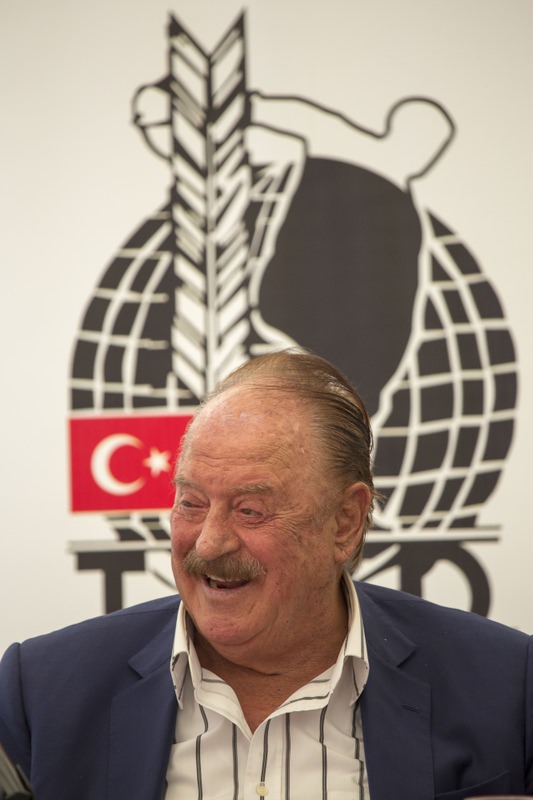 by Daily Sabah Aug 28, 2015 12:00 am
İlhan Cavcav, the president of Gençlerbirliği Sports Club, has appointed 51 different coaches during his 34-year reign. He continues to receive criticism for his frequent decision to change coaches. After being elected as president to the team in 1977, he had to take a four-year break due to some problems with administrators. Since 1981, however, he has remained in his position without any interruption. Mesut Bakkal, the team's former coach is Cavcav's favorite among all the coaches he has overseen. Bakkal managed the team for five seasons. Another former coach Hüsnü Macurni was less stable in his job and last just one match. He worked with the team during the 1987-1988 season. Stuart Baxter, who was appointed as the team's new coach this season, and Mustafa Kaplan, who worked during the 2014-2015 season, have appeared only in two matches, making the least appearances as a team coach after Macurni. Kemal Özdeş is another name that stands out in Cancav's reign. Although he was preparing the team for the 2014-2015 season, he was dismissed even before appearing in a match as he fought with Cavcav over transfer issues. Gençlerbirliği's most successful time came in the 2002-2003 season. With Ersun Yanal, the team achieved the highest success in their league's history. Gençlerbirliği ranked third in the league after Galatasaray and Beşiktaş, the season's champion. The team also received the title for scoring the most goals in that season.
RELATED TOPICS