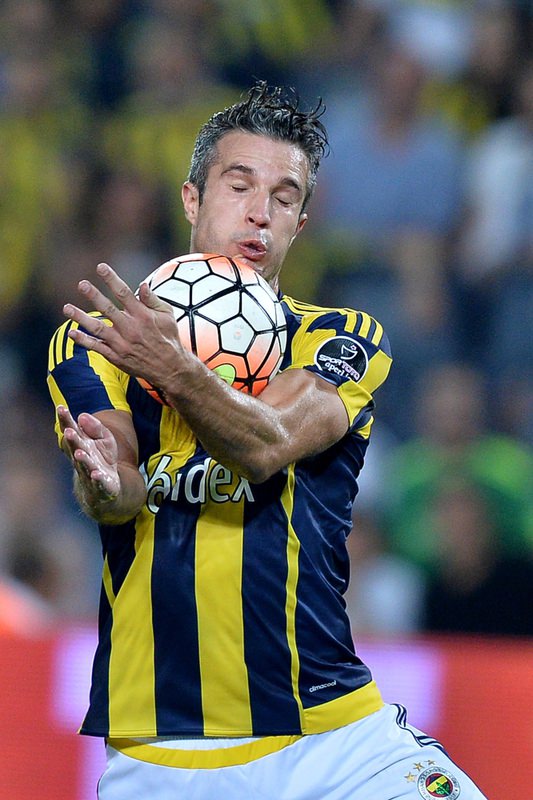 by Arda Alan Işık Sep 01, 2015 12:00 am
First of all, it is pointless to blame Fenerbahçe coach Vitor Pereira for playing with a lot of formations, because the Portuguese coach is simply trying to discover his team. Added to that, even if he changes the formation every game, since Fenerbahçe are still so dependent on the individual talent of their players, the game is more or less the same. Nevertheless, Fenerbahçe's lack of strategy and chaotic game play deserves critics and Vitor Pereira is responsible for the team's recent performances. From the Shakhtar Donetsk games to the Antalyaspor game, Fenerbahçe's performance has been completely unstable and the team's fate was determined by the condition of their opponent and their individual talent most of the time.

There are two main reasons that led Fenerbahçe to this point; Vitor Pereira's emotional, chaotic and physical game style and the Fenerbahçe players' awful physical condition. Pereira is trying to make his team play in wide spaces with a fast, direct counter attacking style, but none of the Fenerbahçe players are ready for a such physically demanding game, especially new transfers Robin Van Persie, Luis Nani and Josef de Souza. Even though Nani saved his team from two bitter draws against relatively weak Anatolian teams, Fenerbahçe's unproductive game signals a deeper problem flavored with fatigue in most games. If Pereira is going to chase this kind of game plan, he better find the best people to make his team consist of "super players" who have Gennaro Gattuso's legs, Ji Sung Park's lungs and Nemanja Vidic's heart.

However, there is another way for Vitor Pereira and Fenerbahçe, which is relying on a settled strategy rather than using shortcuts and chaos with a greedy appetite. Fenerbahçe have a decent squad for both the Super League and the Europa League, thus the only thing they need is a sophisticated plan to utilize their individual talent as a collective. Now, Pereira has to make a decision, is he going to chase short-term goals by pushing the limits of mostly out of form players or is he going to be patient to create a team that can play the game on a rational level. I know, this question is not only up to Vitor Pereira, but given Chairman Aziz Yıldırım's latest statements against the football media, I assume the Fenerbahçe administration is planning a long future with him. Therefore, with these opportunities and squad at the hand, Vitor Pereira and Fenerbahçe have nothing to lose but their chains.

There was nothing Fenerbahçe goalie Volkan Demirel could do about the Antalyaspor goal, it was so unusual and lucky. On the other hand, Demirel's decisions when he starts Fenerbahçe attacks are as problematic as Vitor Pereira's tactics. Demirel most of the time opts for long balls and anonymous kicks into the opponent's half, which mostly ends up at the feet of opponent's defense. It may be a direct order from Pereira to Demirel, in order to make the game even more chaotic, but given Fenerbahçe are the side trying to be dominant, their opponents enjoy an easy time defending against such a strategy. On the other side of the pitch, even though he made some good saves against Fenerbahçe, Antalyaspor goalkeeper Saso Fornezzi was not looking confident and precise enough. He needs to be more determined about commanding his area, especially playing for a team that plays with seven defenders.
RELATED TOPICS