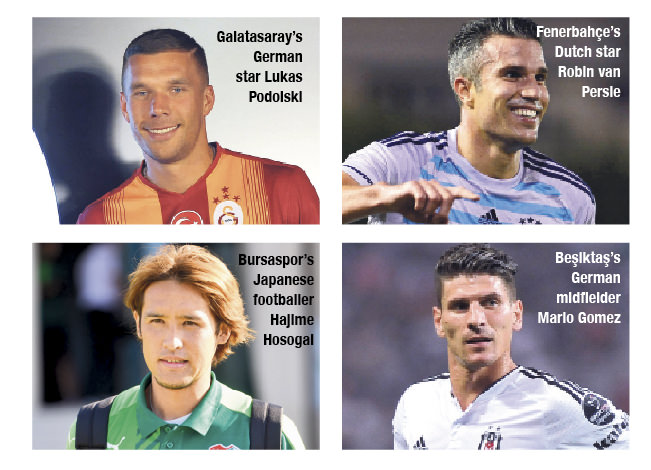 Europe is well ahead as an exporter of football players compared with the other continents. A total of 91 footballers from Europe play for Spor Toto Super League teams. Europe is followed by Africa with 51 footballers. South America sent 36 footballers to Turkey while Japan sent two. One footballer each has come from Canada, Iraq and Georgia.
RELATED TOPICS