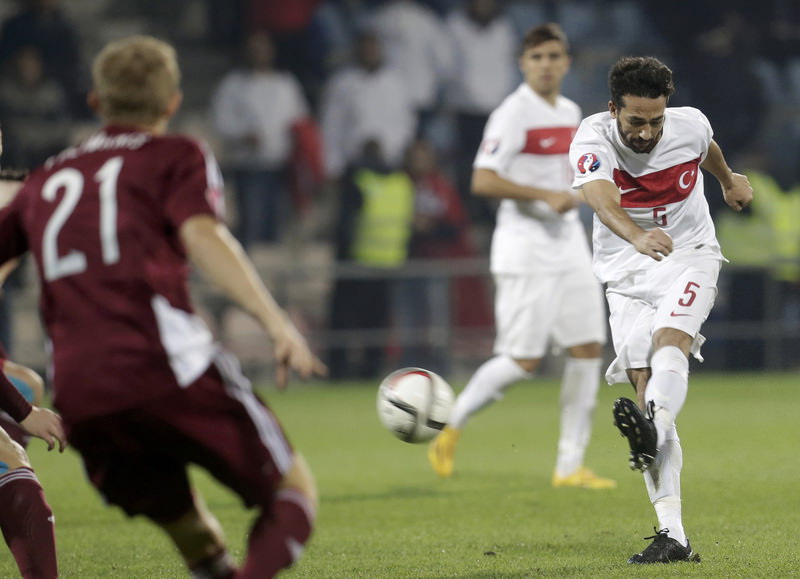 by Anadolu Agency Sep 04, 2015 12:00 am
Turkey's National Football Team drew with Latvia 1-1 in European Qualifiers 2016 in Group A in Turkey's central province of Konya on Thursday.

The two teams played at the Torku Arena Stadium of Turkey's Konya province.

In the first match in October 2014 Turkey drew 1-1 with Latvia in a critical away game.

The most recent championship, co-hosted by Poland and Ukraine in 2012, was won by Spain which beat Italy 4-0 at the final in Kiev.

The next European Championship will be held in France in 2016.
RELATED TOPICS