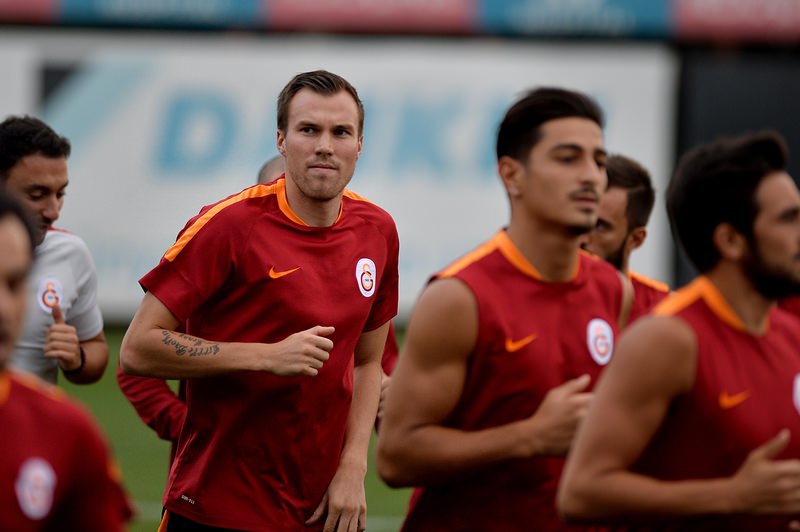 Galatasaray football club officially lodged a complaint to FIFA on Monday over the status of Borussia Dortmund winger Kevin Grosskreutz whose transfer to the Istanbul side was partially blocked as the international football body was not informed in time before a deadline for the transfer.

The club contacted FIFA through the Turkish Football Federation while Grosskreutz personally included his objection to the blocking of his transfer, claiming his freedom of labor was restricted.

Galatasaray have called FIFA to impose a fine over paperwork error instead of blocking of the transfer and if FIFA rejects its bid, the club will take the issue to Court of Arbitration for Sport (CAS).

FIFA had turned down an unofficial appeal by Galatasaray earlier while Dortmund agreed to release Grosskreutz from his contract, which was valid until 2018.

The scandal was revealed last week as FIFA did not approve the signing of Grosskreutz due to the paperwork regarding the transfer being sent after the deadline. The German player is now unable to play for the next six months due to FIFA rules. Grosskreutz had signed a contract before a transfer deadline but his agent's extra demands delayed the process. Galatasaray and Borussia Dortmund had sent the necessary documents to their respective football federations in time for the completion of the transfer but it was revealed that a Galatasaray official tasked with submitting the papers online to FIFA's Transfer Pairing System made a mistake and sent the papers without proper signatures, dealing a blow to the 1.5 million euros transfer rejected by FIFA as the papers were not filed before the transfer window was closed.

The German winger had traveled to Turkey anyway and joined training sessions with the club though he would not be eligible to play for most of the season. He can only play in friendly matches. Uğur Yıldız, the Galatasaray official blamed for the glitch, has resigned from his post.

Galatasaray President Dursun Özbek told Turkish media it was "a regretful error" and the club "learned its lesson" from the incident.

Kevin Grosskreutz has said earlier that though FIFA did not recognize his eligibility, he would stay in Turkey to prove himself. "Everyone knows that I am a footballer through and through and I need to play in matches and receive trust, like I need the air to breathe," he wrote on his Instagram account.

Grosskreutz will link up with fellow 2014 World Cup-winner Lukas Podolski at Galatasaray and he is the second member of Dortmund's 2013 Champions League side to leave the club before the transfer window closed.

His case resembles the failed transfer of Manchester United goalkeeper David de Gea to Real Madrid, which fell through because the paperwork was not submitted on time.
Last Update: Sep 09, 2015 1:39 am
RELATED TOPICS