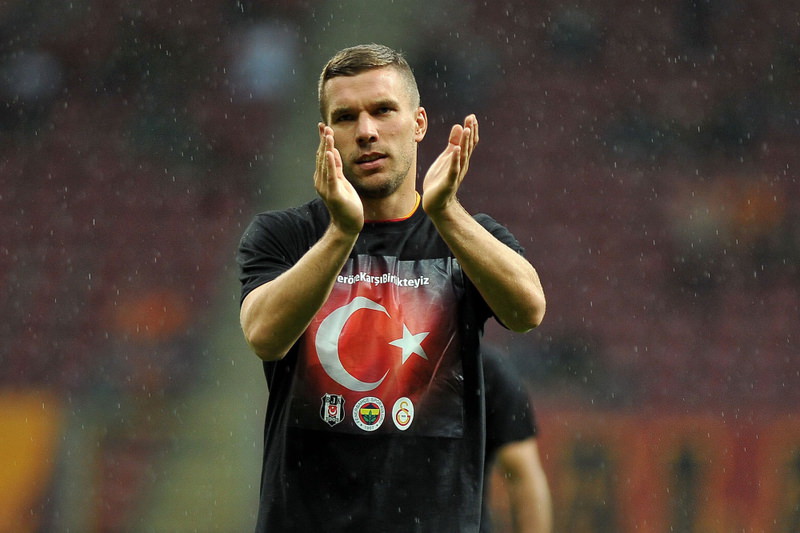 by Hakan Baş Sep 14, 2015 12:00 am
Drawing with Mersin İdmanyurdr 1-1 on Saturday at Türk Telekom Arena Stadium in Istanbul, Galatasaray were unable to win at home in the fourth week of the Spor Toto Super League giving them their worst start to a season since the 1987-88 season before the three-point system had been put into practice. In the first four weeks of the season, Galatasaray have collected only five points with one win, two draws and one loss. Galatasaray coach Hamza Hamzaoğlu said, "We lost two points one more time. We did everything to win. Unfortunately we missed a lot of opportunities. By the way, I talked about a referee for the first time today. Referee Mete Kalkavanoğlu did not allow injury time to be played as required. Last year, our rivals were allowed to play 45 minutes more in total. We are aware of everything and nobody deems us suckers. And nobody must exploit our silence. We are just getting through a temporary bad period. We will get over it and get the title. We have the power to do it."

Galatasaray's new star Lukas Podolski also said, "We have to be more careful at home. The rivals play more aggressively against the title holder. We must determine and correct our faults." Meanwhile, Mersin İdmanyurdu got their first point of the season in the fourth week of the Super League. Elsewhere, Antalyaspor's world-renowned striker Samuel Eto'o continues to carry his team on his shoulders. Defeating Eskişehirspor 2-0, Antalyaspor are experiencing their most successful season with three wins and one loss as of the fourth week. And Eto'o is the big contributor, scoring five goals in four matches. Bursaspor, who were unable to win a single point in the first three matches, finally have something to smile about. They defeated Gençlerbirliği 4-2 at Bursa Atatürk Stadium. Akhisar Belediyespor hosted Gaziantepspor in a goalless draw.
RELATED TOPICS