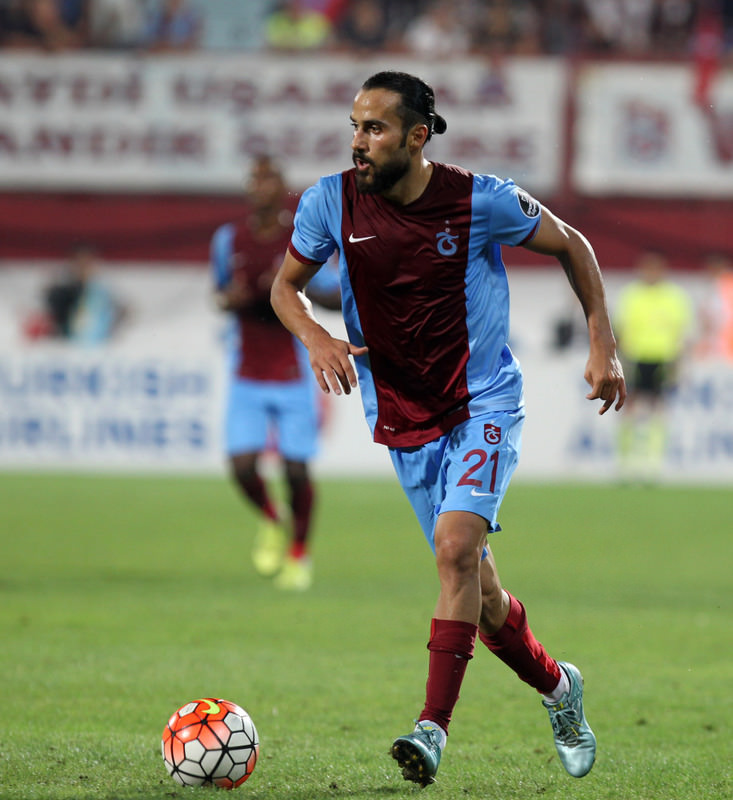 by Daily Sabah Sep 16, 2015 12:00 am
The last match of the Turkish Spor Toto Super League's fourth week featured an unprecedented display of sportsmanship during Monday's match between Kayserispor and Trabzonspor at Kayseri Kadir Has Stadium. Kayserispor's Marko Simic received the ball outside of the penalty area and passed it back to his goalkeeper Hakan Arıkan.

As soon as Arıkan scooped up the ball, referee Hüseyin Göçek awarded Trabzonspor an indirect free-kick, claiming that Simic intentionally passed it back to the goalkeeper and therefore the goalie could not pick up the ball using his hands. Göçek then gave Simic a yellow card. However, the opposing Trabzonspor team found the penalty uncalled for and unjust. As a result, Trabzonspor's Erkan Zengin (above) lightly pushed the ball at the opposing goalkeeper instead of trying to score. Erkan's courtesy was applauded by rival fans and Kayserispor's footballers.

The match ended with Trabzonspor beating Kayserispor 1-0. At the end of the fourth week of the Spor Toto Super League, Fenerbahçe and Trabzonspor lead the table with 10 points each. Beşiktaş and Antalyaspor are tied for third with nine points each. Reigning champions Galatasaray are in eight place with five points. Antalyaspor's Samuel Eto'o leads the league in scoring with five goals, followed by Çaykur Rizespor's Leonard Kweuke and Beşiktas's Cenk Tosun with four goals each.
RELATED TOPICS