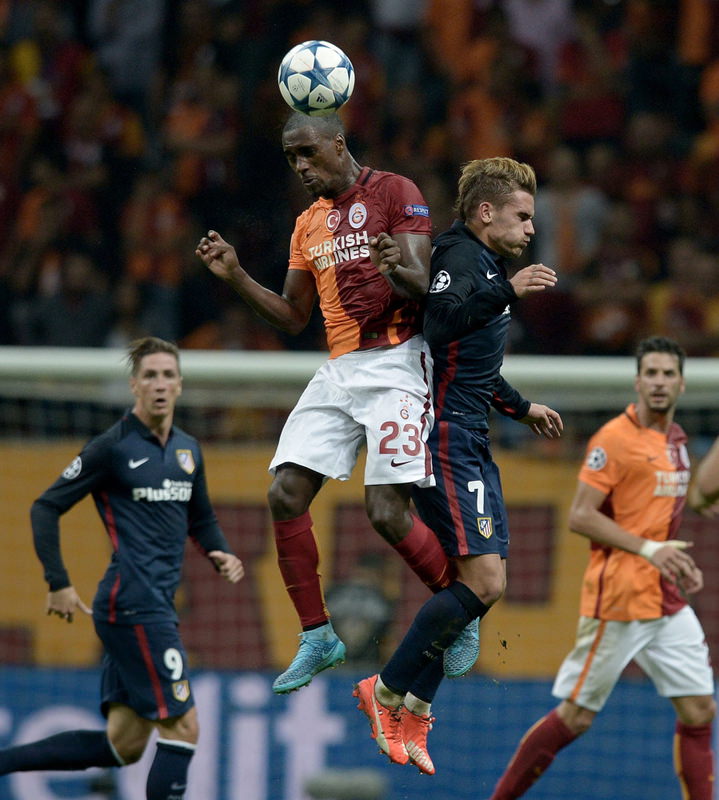 Along with the Spor Toto Super League, Galatasaray continued its losing ways in the Champions League as they were stunned by Atletico Madrid 2-0. While coach Hamzaoğlu and his players criticized each other, fans demanded the resignation of the club president

Galatasaray lost 2-0 against Spain's Atletico Madrid in the UEFA Champions League group stage in Istanbul on Tuesday. France international Antoine Griezmann scored twice in the first half to help Atletico Madrid to the win that continues Gala's wretched start to the season. The 2014 finalists took the lead in the 18th minute when Griezmann guided a low cross from Juanfran past Galatasaray goalkeeper Fernando Muslera with a precision first-time finish.

The two strikes were a fair reward for a half that Atletico had started with real intent, with Luciano Vietto twice testing Muslera with long-range efforts in the early stages.

Wesley Sneijder came closest to reducing the deficit in the first half, drawing a save from Jan Oblak with a powerful shot. But Atletico could have even have grabbed a third just before the break, with Muslera saving a powerful header from Jose Gimenez. Galatasaray piled on the pressure in the second half but failed to find a way through, despite shots from Sneijder and Burak Yılmaz, while Griezmann could even have brought up a hat-trick.

Oliver Torres sent the Frenchman through on goal in the 84th minute but his right-footed strike from 12 yards was kept out by Muslera.

Making their worst start to a season in nearly 20 years, Galatasaray fans were in a rage after the loss against Atletico, demanding that the club president resign.

Galatasaray coach Hamza Hamzoğlu, who was the apple of the fans' eye after he earned the fourth star for the club last season, said, "We began with hope but the early goals broke our resistance. We had difficulties getting ourselves together. Atletico Madrid have a mature system. It operates well. So, we can have such a system but it requires patience. The impatience of the people prevents us from achieving good results." Hamzaoğlu also blamed their new German star Lukas Podolski and said, "I cannot say that I'm content with Podolski's performance. He has to do better. He develops slowly but I think he can contribute more."

Galatasaray's Yasin Öztekin complained about not starting the match. Öztekin said, "I want to be a starter in every match. But with due respect our coach has his own ideas. I have to show respect to his decisions."

Atletico's coach Diego Simeone said, "We solved Galatasaray in just 30 minutes. We won the match thanks to our successful wing attacks. We have a lot of matches ahead. But a good start makes things easier."

The star of the match Griezmann said, "We knew it was important to get off to a good start, and we're very happy with the three points."