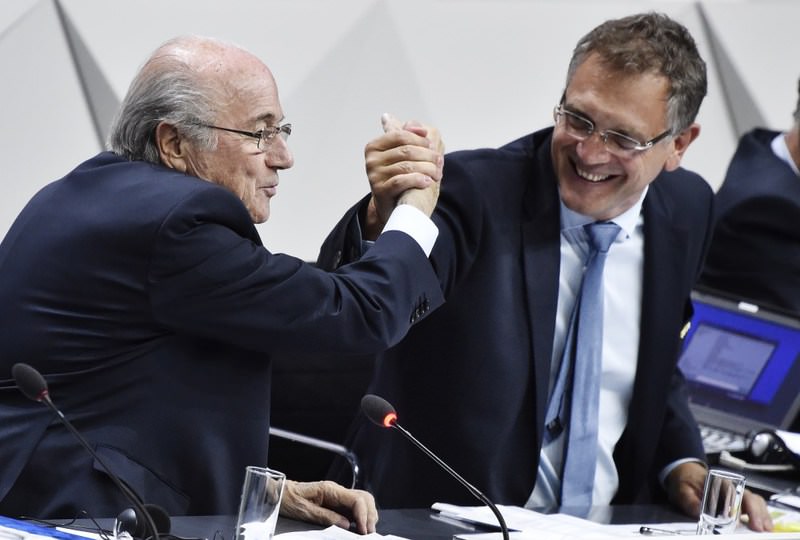 Valcke, FIFA's secretary general for the past eight years under the embattled Blatter, was hours earlier the subject of allegations over a deal for black market sales of tickets to 2014 World Cup matches.

The 55-year-old Frenchman's main duty is overseeing organization of the world's most-watched sports event which earned FIFA around $5 billion for the 2014 tournament in Brazil.

An alleged deal linked to that World Cup threatens to end Valcke's FIFA career months early. The former television journalist and sports marketing executive has been scheduled to exit on Feb. 26 with Blatter amid American and Swiss investigations of corruption.

Earlier Thursday, a former FIFA ticketing partner made allegations about Valcke supplying top-category tickets to matches in Brazil which were sold at three times face value.

The marketing executive, Benny Alon, also made an unproven allegation that Valcke had been prepared to profit personally from the deal.

Alon circulated a contract, seen by The Associated Press, to receive 8,750 tickets in the best seats for each World Cup from 2010 to 2018.

The Israeli-American showed journalists copies of email correspondence, also seen by the AP, which appeared to show Valcke referring to potential ticket sales as "my pension fund."

Valcke's lawyer in New York said in a statement his client "unequivocally denies the fabricated and outrageous accusations."

Tall and elegant, Valcke has been one of the most public faces of FIFA in recent years.

The former French TV presenter's readiness to answer questions has been in stark contrast to senior members of FIFA's executive committee who are mostly secretive and often openly hostile to media scrutiny.

Valcke rose to the top administrative job at FIFA soon after being fired in 2006 during a scandal.

FIFA has been in crisis since the federal investigations of bribery and corruption implicating senior soccer officials were revealed in May.
RELATED TOPICS