Football sells, but who's buying? 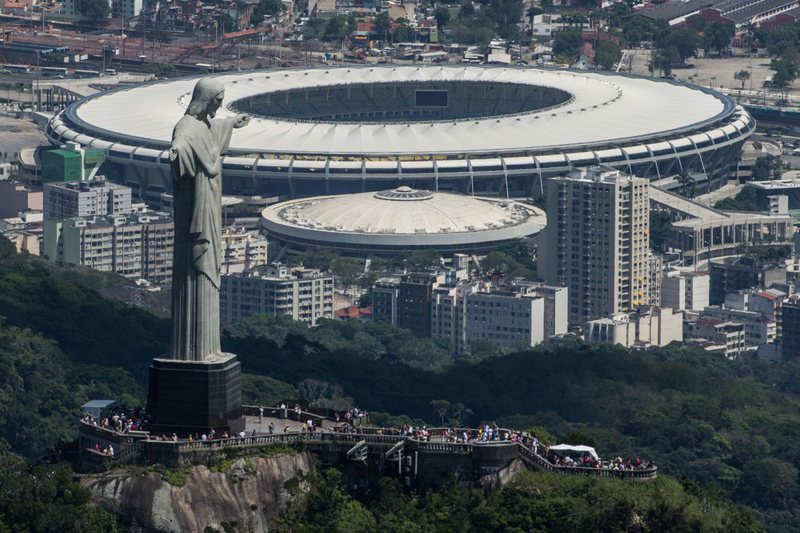 by Arda Alan Işık Sep 21, 2015 12:00 am
On my last day in Rio de Janeiro, I went to the Maracana stadium to feel the full force of Brazilian footballing passion. The game was between two deep-rooted clubs in Brazil, Palmeiras from Sao Paulo and Fluminense from Rio de Janeiro. Most fans who came to watch the game, including me, were excited to watch a "big" game. Nevertheless, the result was truly shocking for me. Even though I sometimes watch Brazilian football on TV, I have never witnessed such awfulness. To be honest, the quality of the game was almost worse than a Turkish second division game. Despite the all the advertisements about Brazilian football, the game on the pitch was basically "11 men chasing a ball."

I guess why "joga bonito" is not a popular word to describe Brazilian football nowadays is simple. A football tradition that has always relied on its individual talents and emotional undercurrent will eventually turn to chaos. The individual talent and emotion were still there, all the players really wanted to contribute to the game and they all have brilliant feet. Nonetheless, they simply did not know how to play as a team, in other words, there was no one to guide them on the bench.

As you may have noticed, the coach is the least important part of Brazilian football, even less than the very well-advertised but useless stadiums. Thus, their impact on the game is minimal; basically nothing more than substituting players. There is no strategy or tactics at all, there are just some key players that have the key to the game. For instance, there was a huge gap in the midfield throughout the game, a gap that could have been utilized in many ways, but both coaches opted for outnumbering the defense and ignored that precious area. Therefore, the whole game was a mess of simple mistakes, one goalkeeper kicks the ball to the other half, the other gets the ball and does the same. Meanwhile, the half-empty Maracana was extremely unhappy with the game. Brazilians deserve real "joga bonito," but Brazilian football is far away from that seductive ideal.

Who would you buy from Molde?

Yes, after the humiliating loss against weak-looking Norwegian side Molde, Fanatik columnist Feyyaz Uçar asked the question that deceived almost every Fenerbahçe fan: Who would you buy from Molde?

The main idea behind this question is that Uçar and almost every football columnist in Turkey believes that Fenerbahçe lost because of its players and their poor performances. Furthermore, Uğur Meleke from Milliyet even said, "Europe gave transfer grades for Turkish teams" as if Turkish teams only put their new players on the pitch and expect magic from them. But you know what, maybe this was the case? Fenerbahçe coach Vitor Pereira's crushing defeat against Molde was all about expecting magic from the "stars" of the team. In other words, they had no strategy.

However, the solution for Fenerbahçe is so simple; Vitor Pereira should immediately stop acting pragmatically and start building a long-term strategy. Even though they have great talent - Nani, Robin Van Persie, Raul Meireles et cetera - they are not the future of Fenerbahçe. Just look what Molde did to Fenerbahçe despite its small budget and squad. Why do Fenerbahçe and other Turkish teams have to buy fancy players and spend millions of dollars to get success? As Ali Fikri Işık said to Feyyaz Uçar on Twitter, " Do not buy players from Molde, buy systems, strategies and organizations!." Let's see which idea Fenerbahçe opt for.
RELATED TOPICS