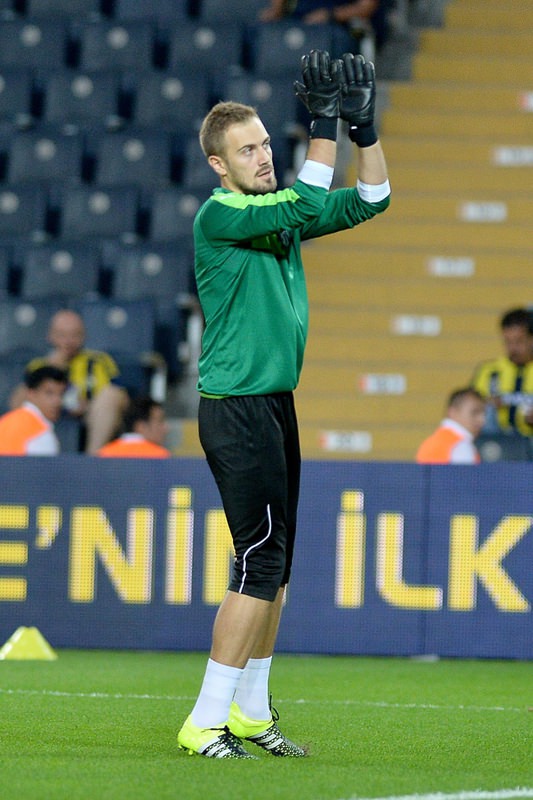 by Arda Alan Işık Sep 22, 2015 12:00 am
The football media never fails to amuse me. Three days ago they were about to "sack" Fenerbahçe coach Vitor Pereira following the team's humiliating loss against Molde, but today he is again the emotional and dedicated coach of Fenerbahçe. Nevertheless, Fenerbahçe were pretty much the same against Bursaspor this Sunday, the only difference being Lazar Markovic's occasional dribbles and van Persie's sufficient finishing skills. But the opponent was completely different. While Molde utilized the space and time left open by Fenerbahçe's tactics, Bursaspor focused on making the game even more chaotic. Ertuğrul Sağlam, who is renowned for his tough defensive style, tried to lock the game, but due to his organizational incapability, he was unable to do that. However, Vitor Pereira should not deceive himself with this result. As one of the most iconic figures in Turkish football, Erman Toroğlu from Fotomaç, pointed out, "Fenerbahçe are still the same, they are winning, but that is all. Pereira has already managed 10 games but still there is no sign of organization. Fenerbahçe are completely dependent on individual talents."

I completely agree with Erman Toroğlu on this point. Fenerbahçe's form is obviously unstable and unpredictable, because the coach is having no effect on the team right now. If Nani, Van Persie or Fernandao is having a good day, then the team gets the results. But otherwise we observe a team that is just hopelessly kicking the ball to random places. Given this, Toroğlu continues with another valid question:

"Think about last year, and the year before it. Think about İsmail Kartal, Aykut Kocaman and Ersun Yanal. What is the difference between Vitor Pereira and these coaches? The football is the same, but the money spent on the team and the coach changed drastically."

Even though Toroğlu has a point, I guess he made a significant mistake. That is equating reformist coaches like Aykut Kocaman and Ersun Yanal with a fervent pragmatist like Vitor Pereira. The corrected version of Toroğlu's question would be: "The football is even worse, but the money spent on the team and the coach changed drastically. Who benefits from this monstrous budget without success?"

It is obvious that the answer is not Fenerbahçe and the fans. If it was, then either Aykut Kocaman or Ersun Yanal would have stayed at the club. Both managed to achieve success without spending millions on fancy transfers, yet they were punished for the success and discipline they brought to the club. Vitor Pereira might claim that he is the most idealist and disciplined coach on earth, but the real challenge for him will begin when he stops being so pragmatic and focuses on Fenerbahçe's real goals. Nevertheless, it seems pretty impossible while Aziz Yıldırım in charge.

Bursaspor goalie Mert Günok has a lot of fundamental problems in many areas, such as timing, diving and positioning. He should be as sharp as a knife when he decides to intervene in those positions, but most of the time he hesitates and finds himself in a dangerous position. Added to that, he is not aware of his position when the ball circulates around his penalty box, he is simply lost. Finally, like many Turkish goalkeepers, he does not dive according to the angle, speed and curve of the shot, he just throws himself like in in the exercises he memorizes. However, a goalkeeper should create his own solution in every position and be ready for every occasion. Otherwise, every move you make on the pitch is a staged act.
RELATED TOPICS