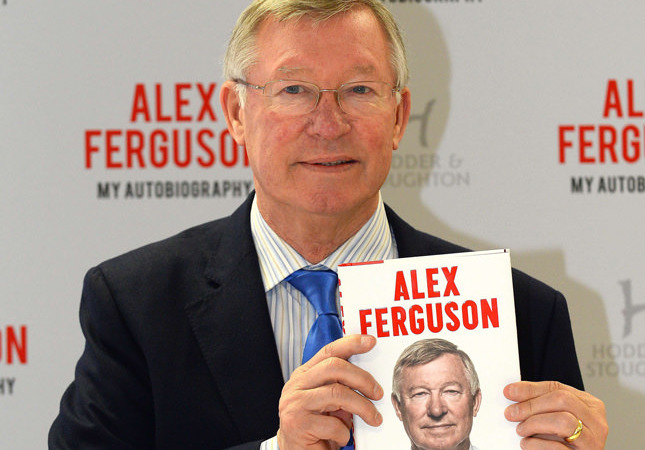 by Associated Press Sep 23, 2015 12:00 am
Alex Ferguson lined up Pep Guardiola as his potential successor at Manchester United but the Spanish coach didn't call him before taking the Bayern Munich job.

In his new book "Leading," Ferguson said the club "established that several very desirable candidates were unavailable" before David Moyes was hired in 2013 for an unsuccessful 11-month spell in charge.

After Guardiola left Barcelona in mid-2012, Ferguson had dinner with the former Barcelona coach in New York but, as his own retirement was not on the agenda yet, there was no "direct proposal" for the Spaniard to one day take over at United.

"I asked Pep to phone me before he accepted an offer from another club but he didn't and wound up joining Bayern Munich in July 2013," Ferguson writes in the book, which was published on Tuesday and co-authored with Michael Moritz.

Although Ferguson publicly announced the end of his near 27-year reign as United manager in May 2013, he had decided in December 2012 to retire after his wife's sister died. Guardiola announced in January 2013 that he would take over at Bayern for the next season.

The succession process behind the scenes at Old Trafford began in March 2013 when Ferguson informed the owning Glazer family he wanted to retire in May.

"It became apparent that Jose Mourinho had given his word to Roman Abramovich that he would return to Chelsea, and that Carlo Ancelotti would succeed him at Real Madrid," Ferguson wrote. "We also knew Juergen Klopp was happy at Borussia Dortmund, and would be signing a new contract. Meantime, Louis van Gaal had undertaken to lead the Dutch attempt to win the 2014 World Cup."

Van Gaal did eventually take charge at Old Trafford after the World Cup, replacing Moyes after the Scot failed to qualify United for the Champions League with a squad that had won the Premier League by 11 points in Ferguson's final season.

"There were some who wanted me to return to the sidelines," Ferguson reflects on the firing of Moyes, who was recommended for the job by his fellow Scot. "But I was not tempted for a moment."

Ferguson is frustrated that there remains criticism of the squad he left behind, with United having spent around $500 million on new players since.

"You would have thought that I had left 11 corpses on the steps of a funeral," he wrote. "It's hilarious."

Here is a look at other highlights in the book, which is published by Hodder and Stoughton:

To maintain his authority over the team, Ferguson says that when Wayne Rooney's salary was increased in 2010 he told the Glazers that it was not fair the striker earned twice as much as the manager.

"We just agreed that no player should be paid more than me," Ferguson wrote. "I suspect most football managers get paid less sometimes far less than their star players."

Ferguson says only four players during his reign at Old Trafford were "world class" Eric Cantona, Ryan Giggs, Cristiano Ronaldo and Paul Scholes. One glaring omission is one of his biggest stars: David Beckham. But Ferguson says he isn't trying to "demean" other great players by listing that elite quartet.

Ferguson reveals that in 2010 he "briefly flirted" with the idea of signing Mario Balotelli before the maverick Italy striker joined Manchester City that year.

"The feedback I got confirmed it was too big a risk," Ferguson wrote. "It was a godsend."

Balotelli lasted three years at City before joining AC Milan. He returned to the Premier League last year but was a flop at Liverpool, which has loaned him back to Milan this season.

In retirement Ferguson keeps himself entertained by watching the one thing he sought to avoid while winning 38 trophies at United: media briefings.

Promoting the book on Monday, Ferguson said in an on-stage interview in London: "One of my hobbies now is to watch press conferences. You can kill yourself in a press conference ... it's an important part of the job."