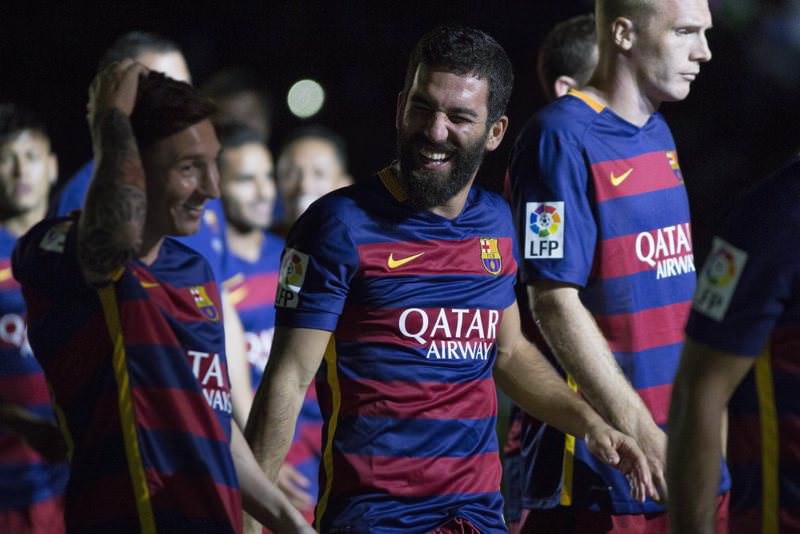 by daily sabah Sep 23, 2015 12:00 am
A desperate Barcelona has asked permission to register Arda Turan immediately to replace the injured Rafinha, according to multiple reports in Spain. Turan and Aleix Vidal signed for Barcelona in the summer despite the transfer ban that FIFA imposed on the club after they were found guilty of breaching the governing body's rules on the transfer of players aged under 18. Under the ban, the players would not be allowed to register to play until the January 2016 transfer window, when FIFA's ban comes to an end. But with Rafinha set to undergo surgery on Tuesday to repair the torn ACL he suffered against Roma last week, Barcelona has asked the Spanish Football Association (RFEF) and FIFA to replace him on their squad. According to sources close to the club, the RFEF is leaning towards allowing Turan to play in local leagues during the early negotiations.

Last week, former Barcelona director and presidential candidate Toni Freixa suggested Barcelona could move now because FIFA's transfer ban only lasted until the end of the summer transfer window that ended on Aug. 31.

Under Spanish league rules, clubs can sign additional players outside of the transfer window if a registered player will miss more than five months of action. However, that is superseded by FIFA transfer regulations.

Turan signed from Atletico Madrid in July for $41 million plus add-ons but so far has only been able to train alongside his new team-mates. Even if Turan's registration is approved, he would not be able to play for Barcelona in the Champions League group stage.

Meanwhile Turan sent a message after Barcelona's latest attempt to get him in the team before January. He wrote on social media that he was impatient to play with the "gang" referring to Lionel Messi, Luis Suarez and Neymar, who were nicknamed "The Gang" by fans after their treble-winning success last year.
RELATED TOPICS