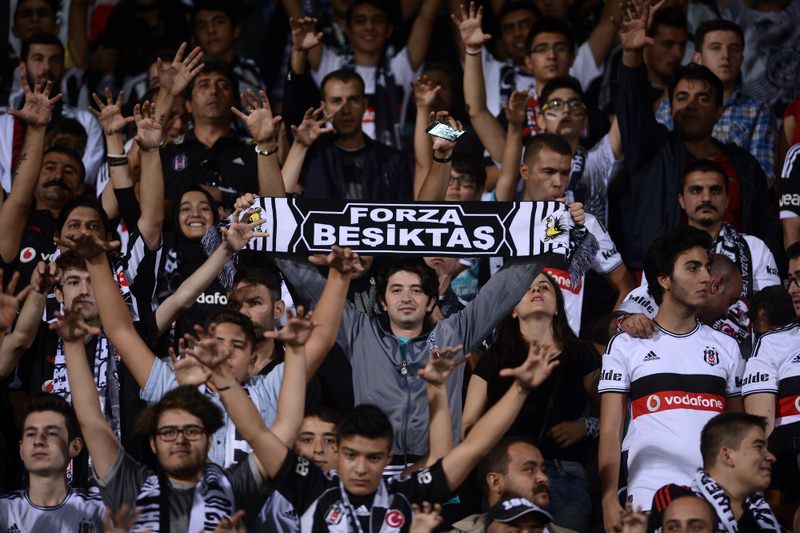 Despite scoring their 3,000th goal, Beşiktaş was unable to earn three points in a 1-1 draw with Gençlerbirliği. But the Black Eagles stays second behind their archrival and league leader Fenerbahçe, who it will host next week

The fifth week of games in the Spor Toto Super League ended Monday night as Gençlerbirliği drew 1-1 with Beşiktaş. Fenerbahçe lead the league with 13 points, followed by Beşiktaş and Trabzonspor on 10 points each. Title holders Galatasaray are positioned in eighth on eight points, having beaten Trabzonspor 1-0 on Saturday.

Despite having lost points for the first time this season in an away match, Beşiktaş trails Fenerbahçe by three points, giving the Istanbul derby next weekend even further spice beyond the normal cauldron atmosphere expected when the Eagles take on the Canaries.

If Beşiktaş can beat Fenerbahçe, they will close the point gap with their archrivals, gaining back the advantage in the championship race. In a classic "six-pointer," if the Black Eagles lose they will not only let a big opportunity slip away, they will also be handing Fenerbahçe a six-point lead over their closest rivals.

Beşiktaş had won all of their away matches so far this season, cruising past Mersin İdmanyurdu 5-2 and Gaziantepspor 4-0, prior to their draw on Monday night.

Beşiktaş coach Şenol Güneş said, "Gençlerbirliği took to the field in a way that they spoiled the game, and they successfully pulled off that tactic. We have to find more positions. Our passing percentage is very low. We could not even shoot at goal. Along with the tough defending by our rivals, we conceded a goal because of our carelessness. So Gençlerbirliği raised their resistance. According to our game plan, we had to be calm and keep our passing percentage high. We lost two points and are very sorry. This is football. If you look at the game, we deserved to win."

On the Fenerbahçe derby to be played next week, Güneş said, "It does not matter for us whether a match is a derby or not. What's important to us is to earn three points. The fact is, that the game is interrupted more often by fouls, the players lose their temper; our rivals' stopping of the game is old fashion I think. Teams must stop these actions."

Beşiktaş winger Olcay Şahan said, "Unfortunately we could not start well. We finished the first half in a lousy position. Then, we conceded a goal. But we started well in the second half. The substitutions did us good. I want to congratulate Gökhan Töre especially. He played magnificently. We need our fans' support. With their support we can compensate for this loss of points."

Beşiktaş's German player Andreas Beck said, "It was a very difficult match. We played differently in the first and second half. After we conceded the goal the match got more difficult. In the second half we controlled the game but it was insufficient. Now we must have a good rest. There is a big match ahead of us."

Gençlerbirliği coach and former Beşiktaş player Mehmet Özdilek said, "We managed to do we wanted in the first half. But Beşiktaş played more aggressively than we expected in the second half. We examined Beşiktaş very closely before the match. We planned to find the net by winning position deep in the opposition's half. We practiced dead balls within the week."

Fenerbahçe is eyeing the Beşiktaş derby too. The Yellow Canaries have been suffering from injured stars. Joseph Ba and Diego Ribas won't be expected to take the field against Beşiktaş. However, the Danish star Simon Kjaer is expected to play in the derby.