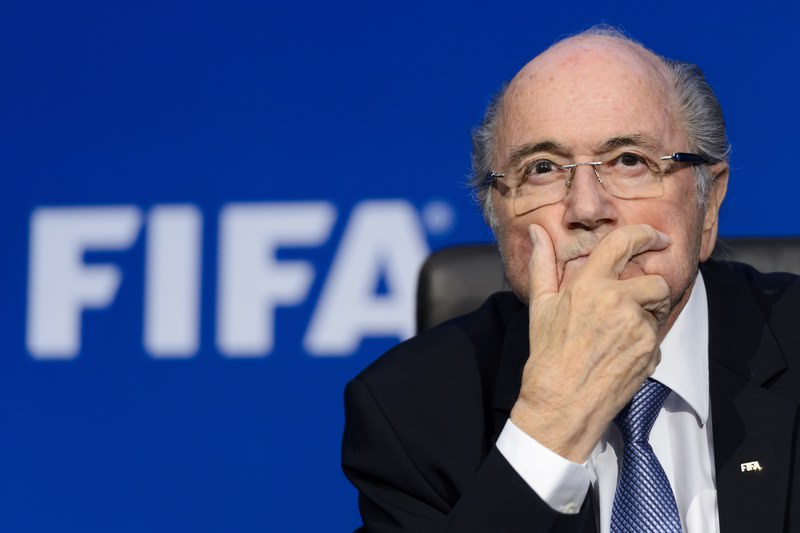 by Associated Press
Sep 25, 2015 12:00 am
FIFA President Sepp Blatter was placed under criminal investigation by Swiss authorities on Friday as a probe into soccer corruption reached the highest levels and left his grip on the top job in peril.

The announcements came as FIFA wrapped up a two-day executive committee meeting and marked another stunning day of turmoil for the governing body and Blatter, who have been targeted by American and Swiss investigations into corruption.

The 79-year-old Blatter is set to step down in February as a result of those probes, but the opening of formal proceedings against him could lead the FIFA ethics committee to provisionally suspend him from duty.

Blatter's U.S.-based lawyer, Richard Cullen, said in a statement his client was cooperating and that "certainly no mismanagement occurred."

The latest allegations also threaten UEFA President Michel Platini, Blatter's onetime protege and favorite to succeed him in February's election. Platini was questioned as a witness Friday about taking a "disloyal payment" of 2 million Swiss francs (now $2.04 million) of FIFA money in February 2011. At the time, Platini was already tipped as a future FIFA leader but decided not to run against Blatter in that year's presidential election instead backing the incumbent against Mohamed bin Hammam of Qatar. Blatter was re-elected in May 2011 after Bin Hammam withdrew amid bribery allegations.

According to Switzerland's attorney general, the money was supposedly paid nine years later for Platini's work as Blatter's football adviser at FIFA from 1999-2002.

Under Swiss law, a payment is classified disloyal if it is against the best interest of the employer in this case FIFA.

The American probe rocked FIFA on May 27, when senior officials suspected of bribery and racketeering were arrested in dawn raids at a luxury Zurich hotel two days before Blatter's re-election.

Blatter is a stated target of that case but has always denied being corrupt, blaming individuals who are outside of FIFA's control

But the Swiss allegations suggest authorities suspect Blatter of criminal mismanagement of FIFA money to shore up his own power base political enrichment, if not taking money himself.

Blatter had been set to hold a news conference for international media after the executive committee meeting, but it was first postponed and then suddenly canceled.

FIFA later issued a statement saying the Swiss attorney general "conducted interviews and gathered documents pursuant to its investigation," adding that it was co-operating the probe but would not make further comments.

Blatter is the first person to be formally quizzed as a suspect in the Swiss case, which FIFA instigated last November when it complained about possible money laundering in the 2018-2022 World Cup bidding contests won by Russia and Qatar.

His right-hand man, FIFA Secretary General Jerome Valcke, was suspended last week after being implicated in a scheme to sell tickets for the 2014 World Cup on the black market.

"There is as suspicion that, in the implementation of this agreement, Joseph Blatter also violated his fiduciary duties and acted against the interest of FIFA," the Swiss federal office said.

Warner, who was a longtime FIFA power broker supporting Blatter at elections, was indicted in the wide-ranging U.S. case in May.

"(W)e are confident that when the Swiss authorities have a chance to review the documents and the evidence they will see that the contract was properly prepared and negotiated by the appropriate staff members of FIFA who were routinely responsible for such contracts, and certainly no mismanagement occurred," Blatter's lawyer Cullen wrote.

The statement appeared to focus only on the Warner contract, and not the payment to Platini.