Gala climb to top 3 after their first home victory 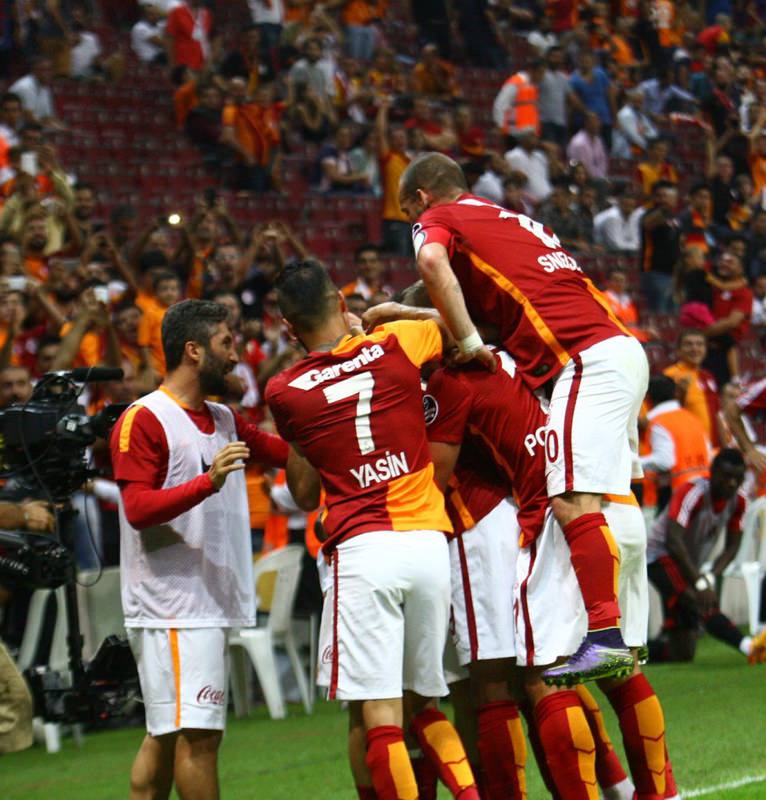 by Hakan Baş Sep 28, 2015 12:00 am
The reigning champion Galatasaray disappointed their fans with their poor performance early on, but won their first victory at home in Türk Telekom Arena Ali Sam Yen Sport Complex on Saturday, beating Gaziantepspor 2-1. In the sixth week of the Turkish Spor Toto Super league, Galatasaray succumbed a to an early goal scored by Gaziantepspor's Muhammet Demir in the 9th minute. But Lukas Podolski responded in the 11th minute and tied the match. And in the 56th minute, Umut Bulut scored the second goal that gave Galatasaray the win and catapulted them to the third in the Super League standings. Galatasaray seems to be finally hitting their stride after struggling during the first part of the season.

Galatasaray coach Hamza Hamzaoğlu said, "It was a difficult match for us. We could not win at home , even if we played well. This win is very important to gain confidence. My team played well. I especially was happy with Lukas Podolski's goal. He had to score a goal in order to restore his self-esteem."

Now Galatasaray is eyeing a victory against Kazakhstan's Astana in their Champions League group match in Group C on Wednesday. In the opener, they were beaten by Atletico Madrid 2-0 at home.
RELATED TOPICS