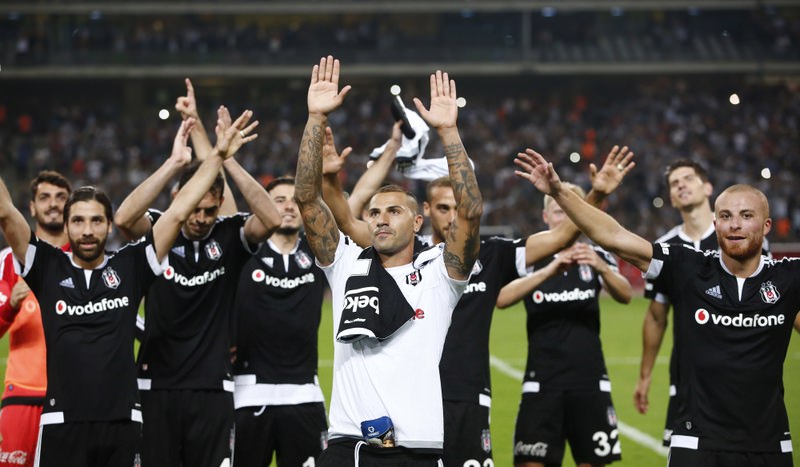 Turkish Super Toto Super League's most exciting match was undoubtedly played between the two powerhouses, Beşiktaş and Fenerbahçe who were the two top ranked teams coming into the match. The match was very important because it could determine which team would lead the league. Fenerbahçe started the match as the league leader but lost the title to Beşiktaş after losing 3-2 at the Atatürk Olympic Stadium in Istanbul on Sunday.

Robin van Persie again came off the bench to score for Fenerbahçe, but his fourth goal for the club was in vain as Mario Gomez netted a goal to claim a 3-2 win.

Former Manchester United and Arsenal star Van Persie has started just five games following his arrival at Fener in the summer, and has aired his frustration at been used primarily as a substitute.

And he again had to settle for a place on the bench on Sunday as Fener went two goals behind within 24 minutes. Simon Kjaer headed the ball into his own net before Gomez nodded home his first.

Dusko Tosic's own goal reenergized Fener, and Van Persie proved his credentials by restoring parity with a fine finish just four minutes after coming on.

But the visitors' hard work was undone as Gomez went high to meet Gökhan Töre's pin-point delivery and claim victory for Beşiktaş.

Beşiktaş coach said in a press conference after the match: "We want to be ranked first with our honor. We beat the leader and gave the league excitement and more competition. However, the goals we conceded clash with our team. We, as a team, make faults that we should not."

Fenerbahçe coach Vitor Pereira said, "Since the very first minute until the last minute Fenerbahçe was dominant. We were more qualified. So why have we lost today? Open your TVs and watch the match again. I don't want the referees to come to the forefront. The stars of the game were the players. We must not lose our self-confidence before the match against Celtic in the UEFA Europa League."

Fenerbahçe's experienced goalkeeper criticized the referee Halis Özkahya saying, "The referee lost his control in the last part of the match. The referee was unfair to us. Beşiktaş came in three times and scored three goals. However we found a lot of positions but could not turn them into goals. As a result, although we played the best football of the season until now we could not win. It's not a big deal we will make up for it."

Fenerbahçe's Mahmut Uslu made a very vitriolic statement saying, "We never talked about the unfairness done to us. But we see that somebody is trying to make a riot. A complete football disaster happened during the game. The referees still think that Yıldırım Demirören, the president of the Turkish Football Federation and former president of Beşiktaş, is still the president of Beşiktaş. The referee should have given a red card to Beşiktaş's Ersan Gülüm. The referee even did not award us a foul after Markovic was injured. During the third goal Mario Gomez fouled our player and the referee did not see it also."

"Nobody can do such an injustice to a team. They totally destroyed us. We spend millions of euros and make a great effort for our team. The referees favor Beşiktaş."
RELATED TOPICS