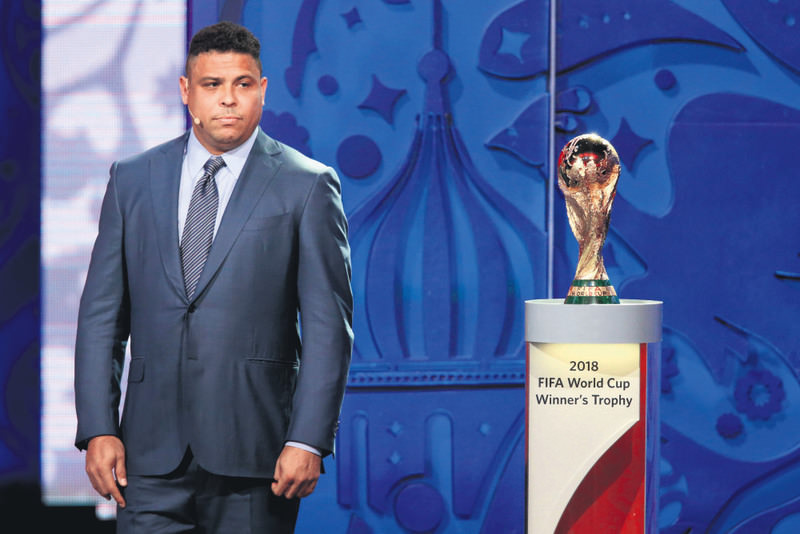 by reuters Sep 30, 2015 12:00 am
Brazilian great Ronaldo will open 30 soccer schools in China, the three times FIFA World Player of the Year, as the Asians continue with ambitious reforms aimed at making themselves world beaters. The franchises will be mainly located in Beijing, Shanghai and Shenzhen, Xinhua news said, with the former Barcelona, Real Madrid and Inter Milan striker expected to be present when the first opens in the Chinese capital in November.

The move comes as Chinese President Xi Jinping, a football fan who is pushing for the country to host the World Cup finals one day, attempts to resuurect the image of the sport at home after years of corruption in the past.

The revamp has gathered pace with the Chinese Super League experiencing a boom in investment by local businessman with several Brazilian internationals, like Robinho and Diego Tardelli, joining top flight clubs.

Ronaldo, 39, who won two World Cups with Brazil, said the speed of development and Xi's ambition had been factors behind his move.

"Besides business factor, the major reason for me to open football school in China is because there are lots of soccer fans and players in the country, and Chinese government and civil organization also focus on soccer development," Ronaldo told Xinhua news. "I hope my method of football training could help develop Chinese football. I think Chinese football has the mass base and determination, but it may still lack the proper concept and training method."

Part of the government's ambitious goals included dragging both the men's and women's national teams to the top echelons of the game.

While the women were knocked out at the quarter-finals of the World Cup earlier this year, the men have only competed at the finals once in 2002. They lost all three group games, though, including a 4-0 defeat by Brazil with Ronaldo completing the scoring.
RELATED TOPICS