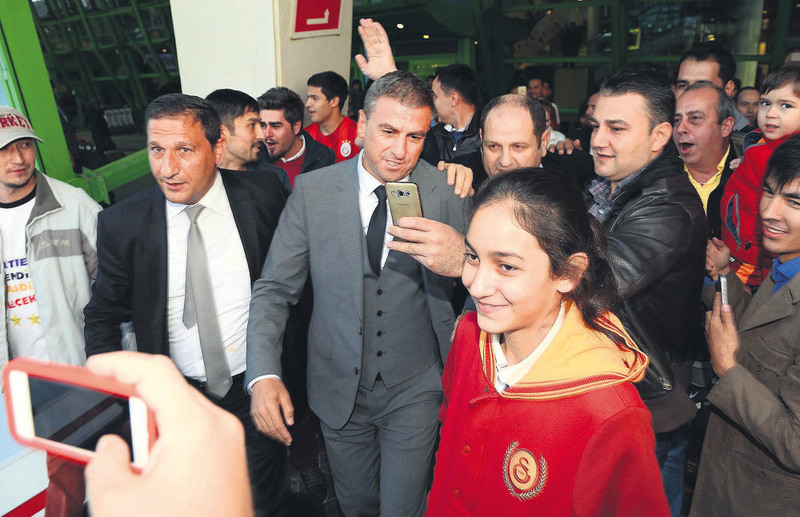 by French Press Agency - AFP Sep 30, 2015 12:00 am
Football fans in Kazakhstan's capital Astana are eagerly gearing up to welcome Turkish team Galatasaray for the first ever Champions League group match in the Central Asian nation today.

FC Astana already made history when they visited Portuguese giants Benfica to play their first ever group stage encounter in Europe's most prestigious and lucrative competition two weeks ago, losing 2-0.

"It's absolutely fantastic, to watch your team play in the Champions League," 23-year-old supporter Yermek Serkebayev told AFP ahead of today's game.

"Galatasaray fans welcome the visiting teams with their famous slogan: 'Welcome to hell.'

"But they've never been here at Astana before. We're set to show them what the real support of your beloved team can be."

FC Astana shot to prominence after they were established in the winter of 2008-09 from a merger of two clubs from Kazakhstan's former capital Almaty, FC Alma Ata and FC Megasport.

The ambitious project saw immediate success despite shifting some 1,200 kilometers from their initial home, and they finished second in Kazakhstan's top flight in their maiden season.

However, the club were not allowed to play in European competition for licensing reasons until the 2013-14 season, when they made their debut in the Europa League.

The appointment of Bulgarian manager Stanimir Stoilov in June 2014 was the turning point for the club as the 48-year-old led Astana to their first national title in the same year."Our manager is a many-sided man," Astana's Serbian goalkeeper Nenad Eric said about Stoilov.

"His role in our success can hardly be under-estimated."

Under Stoilov the Kazakh club favor an offensive style of football, especially when playing at their 33,000-seat home venue.

In their first Champions League match against two-time former champions Benfica, the rookies of Astana failed to shine in attack.

However, Stoilov pledged that his team would step up their game and promised that his men will show their best on their home turf against Turkish giants Galatasaray.

"We want to play our own style, it's very important for the team," he said.

"In Lisbon we were not bad at all, especially in the first half.

"In the second, Benfica showed their level so we have to salute them. We played a bit defensively, but at home, being more attacking, I believe we can score."

On Wednesday, Astana will still be without their Ghanaian forward Patrick Twumasi, who is serving a six-match ban after being sent off in the clash with HJK Helsinki in the third qualifying round.

The club from Kazakhstan's capital were beaten in the last two domestic league matches.

But their manager said he believed that these failures will not affect his team's performance in the Champions League.

"The right to play in the Champions League is a reward that we've earned," he said. "And we'll do our best to represent Astana and the whole of Kazakhstan in Europe with dignity."
RELATED TOPICS