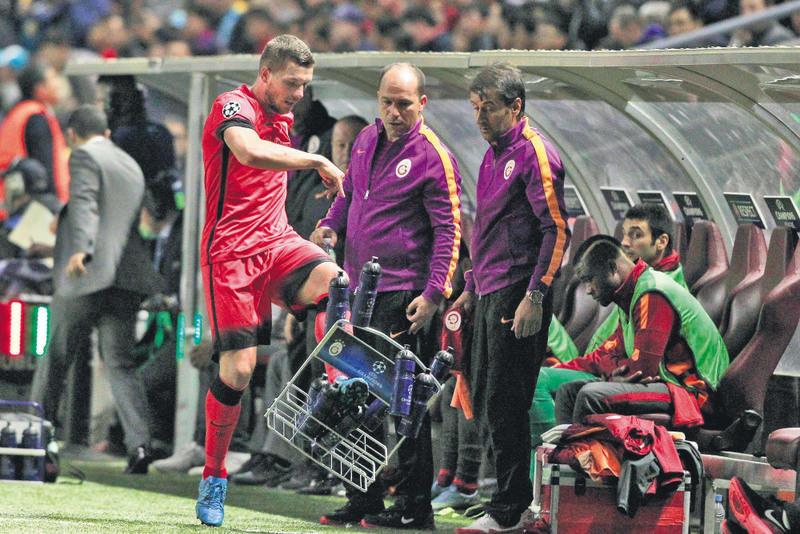 Drawing with Kazakhstan's Astana 2-2, Galatasaray were unable to win for the 10th consecutive match in the Champions League. They were dramatically the victim of two of their own goals

Turkish heavyweights Galatasaray drew against their Kazakh opponent Astana 2-2 in the UEFA Champions League match at Astana Arena in Kazakhstan on Wednesday evening. With this draw, Galatasaray's thirst for three points in the Champions League has peaked since they got their last win in the Champions League against Juventus, beating them 1-0 in 2013-2014. Since then, Galatasaray have been unable to win three points in 10 matches. They have lost seven matches and drawn in three matches. The Lions lost to Spanish heavyweight Atletico Madrid 2-0 at home on match day one.

Astana, who as a Kazakh team experienced its first home match in the Champions League, owned their first point to Galatasaray's two own goals. Galatasaray's Turkish midfielder Bilal Kısa opened the scoring in the 31st minute and found the net in his Champions League debut. However, Galatasaray defender Hakan Balta scored an own goal in the 77th minute, equalizing for the home team. With four minutes to go, Astana goalkeeper Nenad Eric scored an own goal. But towards the end of the game, home team Astana snatched the draw as Galatasaray's French left-back Lionel Carole put the ball in his own net.

In Wednesday's game, the Istanbul giants wore their newly released "red" alternate kit for the first time this season. Galatasaray coach Hamza Hamzaoğlu said in a press conference after the match: "We played well in the first half. In the second half, our players receded instinctively. Both teams could have won. I congratulate Astana; they are a very resistant team. They maintained their strength until the end of the match."

Galatasaray's Dutch heavyweight Wesley Sneijder said: "The Champions League doesn't accept any fault. We are very sorry. We knew that the match would be hard. After we were ahead 2-1 we shouldn't have receded and sought more goals."

The Kazakh team's coach Stanimir Stoilov said: "The match was historic for us. In the first half we were put under big stress. Despite this, we played very well. Actually we should have won the game considering our good performance."

Meanwhile, in other matches in the group, Portuguese champions Benfica took control of Group C after coming from behind to beat Atletico Madrid 2-1, Nicolas Gaitan and Goncalo Guedes with their goals after Angel Correa put Atletico ahead.

"Hopefully, he has no limits. I said he was unquestionable in the past, and his merit is what he has done in far less time than the rest. That adds more value to what he has achieved," said Madrid coach Rafa Benitez.
Last Update: Oct 02, 2015 5:55 pm