Chelsea's coach Mourinho: Sack me but I won't quit 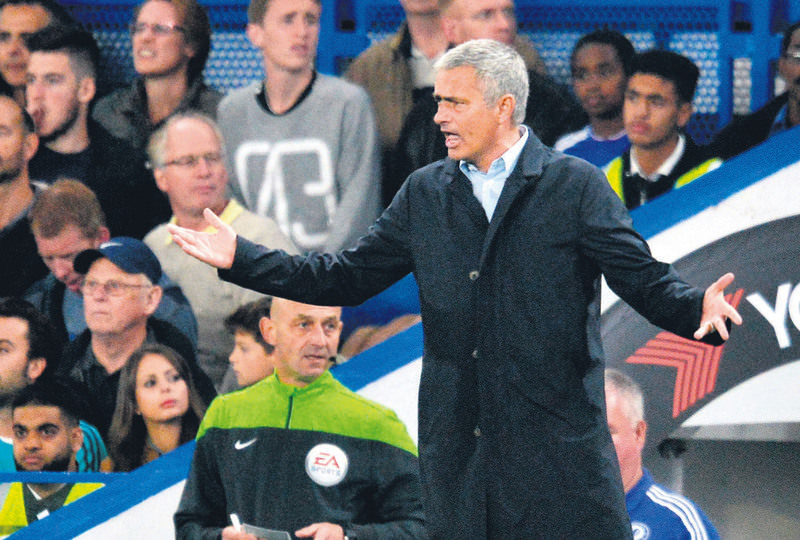 by German Press Agency - DPA
Oct 05, 2015 12:00 am
Chelsea manager Jose Mourinho insisted that he won't quit after his team's disappointing season continued with a 3-1 loss to Southampton on Saturday. It was the Premier League champions' fourth loss in eight league games and left them in 16th place, 10 points behind leaders

It's their worst start since the 1978-79 season, when they were relegated.

"What is not going to happen, I want to let it clear," Mourinho told Sky Sports. "One, I will not run away."

"Two, if the club wants to sack me they have to sack me because I'm not running away from my responsibilities from my team and from my convictions. Third, even more important than first and second, I think this is a crucial moment in the history of this club because if they sack me, they sack the best manager this club has ever had."

"The message is that the results are the fault of the manager. This is a moment for everybody to assume their responsibilities and stick together."

Mourinho also ranted against referee Robert Madley's decision not to give his team a penalty when Radamel Falcao went down in a challenge from Southampton goalkeeper Maarten Stekelenburg with the score 1-1.

"The referees are afraid to give decisions for Chelsea," he said. "At 1-1, it is a huge penalty and once again we don't get." After the penalty wasn't called "the team lost even more confidence," he said.

He added that if the Football Association wants to punish him they can, but said they don't punish other managers. Chelsea have allowed 17 goals this season, which is joint second-most in the league. They conceded just 32 in winning the title last season.