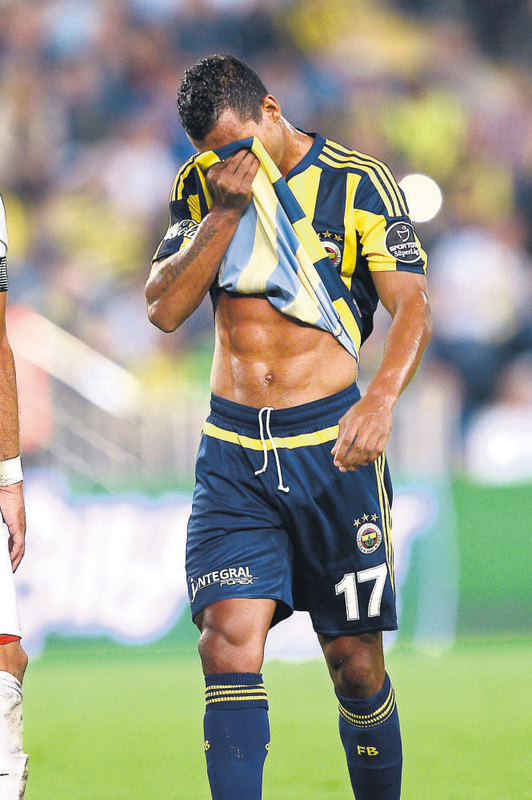 Despite having set the transfer record in Turkey with 43 million euros spent acquiring stars such as Nani and Van Persie, Fenerbahçe's domestic and international season is falling apart

Fenerbahçe started the 2015-16 season with hopes of a 20th title and a fourth star pinned on their jersey as well as going far in European competition. The club went on an unprecedented spending spree acquiring numerous flashy transfers. Fenerbahçe signed many stars, with both internationally and locally acclaimed stars such as Josef de Souza Dias from Sao Paulo, Simon Kjaer from Lille, Ozan Tufan from Bursaspor, Robin van Persie from Manchester Utined, Luis Nani from Manchester United, Jose Fernando from Atletico Paranaense, Volkan Şen from Bursaspor and Şener Özbayraklı from Bursaspor coming to the club.

Although they boast arguably the strongest squad in Turkey, Fenerbahçe continue to experience disappointment after disappointment, first being eliminated from the Champions League playoff round before hopes were hurt in the Europa League when they lost in front of their own fans to unfancied Norwegian side Molde. Although they achieved a winning streak in the Super Toto Super League in the first four weeks, they have begun to stumble domestically too.

On Sunday, Fenerbahçe fans took the match against Akhisar Belediyespor, a modest Anatolian club, for granted. After the match against Celtic - against whom Fenerbahçe came back from 2-0 behind to draw 2-2 - Fenerbahçe fans expected a great result against Akhisar. And as was expected Fenerbahçe went 2-0 up against their rivals thanks to Fernandao's goals, going into half time sitting pretty and in control. While everybody expected Fenerbahçe to further extend their lead, Akhisar scored two surprise goals and came away from Istanbul with a draw.

Akhisar are something of a "bogey" team for Fenerbahçe. Although they are considered a modest team, they have beaten Fenerbahçe three times in their last three matches before the game on Sunday. And their jinx was on show again on Sunday as their came back from 2-0 down, although they were unable to keep their winning streak going. Feenrbahçe had won eight times in their last nine games at the Şükrü Saraçoğlu Ülker Stadium until they faced Akhisar. And the last time they lost in the Şükrü Saraçoğlu Stadium was against Akhisar.

Despite cruising past Bursaspor 2-1 recently, Fener have been on a slide that has seen two draws and a loss in recent games. The Yellow Canaries have drawn, lost and won each at home soil this season while they have drawn and lost one match away. They gave up their lead at the top of the league and have now dropped to third after recent poor results. They were defeated by their archrivals Beşiktaş 3-2 in the sixth week of the league and after that they lost two points in the match against Akhisar, collecting just one point in two weeks. Fenerbahçe are also struggling in the UEFA Europa league. They lost against Molde and drew against Celtic in their first two matches and are hankering for a win.

Fenerbahçe's biggest problem is in their defensive line. They have conceded six goals in the last three weeks in the Super League and also five goals in two matches in the UEFA Europa League. Separately, the bad blood between coach Vitor Pereira and Dutch star Robin van Persie is only fueling the fires of discontent. Despite van Persie's complaints, Pereira benched the Dutchman one more time against Akhisar. Although he came off the bench later, he could not save the team.