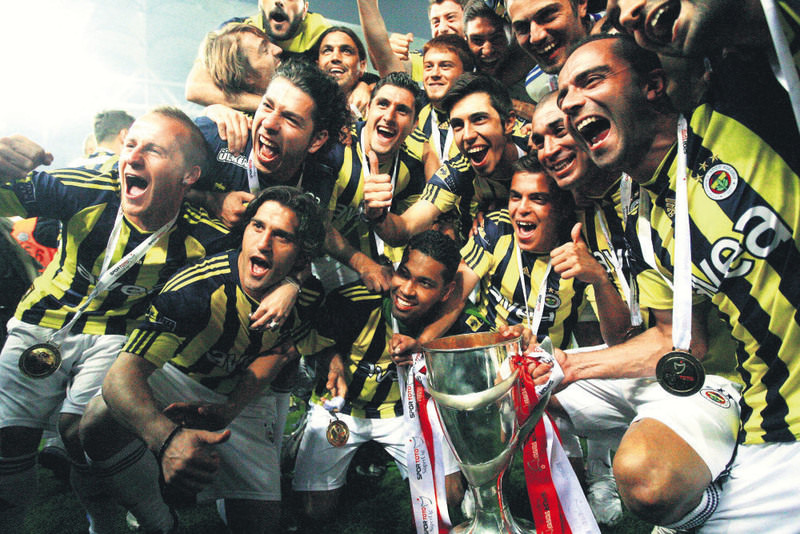 Fenerbahçe were banned from the Champions League in 2011 by then Football Federation Chairman Mehmet Ali Aydınlar after the match fixing trials in 2011. Aydınlar said, "If Fener are acquitted I will pay a 45 million euro prize money that they may earn from the tournament." Now all eyes are on Aydınlar

Match-fixing allegations have been the talk of Turkish football since July 3, 2011. After initial investigations, Aziz Yıldırım, the president of one of Turkey's leading football clubs, Fenerbahçe, was sentenced to more than six years in prison three years ago following an inquiry that found him and several other Fenerbahçe executives guilty of match-fixing and running a criminal organization. He was released pending trial had started a legal battle until he was granted a retrial last year. Although the club kept their league title, Fenerbahçe were banned from the Champions League in 2012 by then Turkish Football Federation President and Fenerbahçe's former Women Volleyball team administrator Mehmet Ali Aydınlar. He defended his decision saying, "If Fenerbahçe are found guilty, UEFA could heavily punish us." And he added later, "If Fenerbahçe are acquitted I would pay the 45 million euro prize money that they may earn from the tournament."

After Monday, things have changed. Prosecutors asked a court to acquit Aziz Yıldırım and six others on charges of match-fixing two years after Yıldırım was released from prison in the case Yıldırım claimed to be "a plot" by the Gülen Movement.

A hearing on the case was adjourned to Friday and the judges are expected to deliver a ruling that will likely acquit the 62-year-old Fenerbahçe boss who has been presiding over the Istanbul-based club since 1998.

Now all eyes are on Aydınlar and whether he will pay the money he promised he'd pay if Fenerbahçe were acquitted. On the other hand, the Dutch website Voetbalzone claimed that Fenerbahçe are preparing to sue UEFA and the Turkish Football Federation for 210 million euros. If this claim is true and Fenerbahçe wins the suit, it will set a new record in compensation.

Meanwhile the Fenerbahçe president has said that, "When the legal process about me is done, I will quit the presidency whether I am found guilty or not. If the court acquits us, I will settle accounts with those both in Europe and Turkey"

Fenerbahçe sustained a serious financial loss after the match-fixing accusations. They were banned from the Champions League, had to sell their valuable footballers and could not sign players in order to replace them.

Personally, Yıldırım suffered heavily serving a one-year prison term. His conviction for match-fixing in the 2011-12 season rocked the Turkish football world though Yıldırım adamantly denied the charges and blamed the "parallel structure," a name given to the Gülen Movement led by U.S-based cleric Fethullah Gülen, for his imprisonment. Fenerbahçe were banned from competing in European football competitions for two seasons after his conviction.

In an August interview, Yıldırım slammed prosecutors linked to the Gülen Movement, claiming they fabricated the allegations against him in the case. Yıldırım said he was facing a life sentence, according to an indictment drafted in 2011 and based on an article in the Constitution that did not seek veritable evidence to convict those involved in fraud and other wrongdoings in sports such as match-fixing.

The match-fixing trial was the culmination of an investigation by prosecutor Zekeriya Öz. Öz, allegedly linked to the Gülen Movement, which is accused of attempting to overthrow the government, remains at large after an investigation into the movement led to the issuing of arrest warrants for Öz and another prosecutor. Both prosecutors were involved in a probe and sought to imprison top government officials purportedly under the guise of an anti-graft inquiry in 2013.
RELATED TOPICS