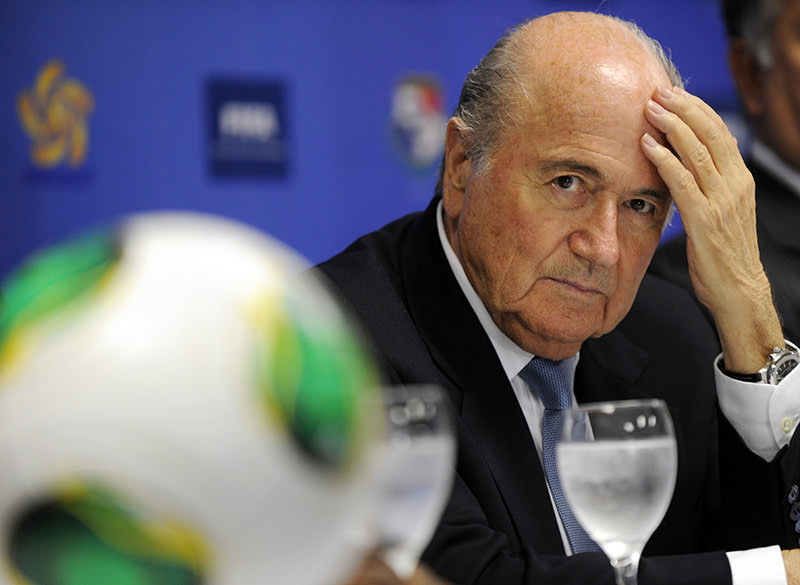 FIFA has provisionally suspended its President Sepp Blatter, Secretary-General Jerome Valcke and vice-president and UEFA President Michel Platini for 90 days. The suspension could rule out Platini’s dreams of replacing Blatter

FIFA's ethics watchdog yesterday suspended the two most powerful men in football, Sepp Blatter and Michel Platini, for 90 days in a sensational new blow to the sport's scandal-tainted governing body.

While it said the bans were "provisional," the action almost certainly signals the end of the reign of FIFA president Blatter and deals a major blow to UEFA leader Platini's hopes of taking over.

FIFA Secretary General Jerome Valcke was already ordered to leave the world body over a separate ticketing scandal and was suspended for 90 days.

The four football powerbrokers "are banned from all football activities on a national and international level. The bans come into force immediately," said a statement.

Lawyers for Blatter said yesterday that the watchdog that suspended Blatter for 90 days had failed to follow its own rules by not letting him give evidence.

"President Blatter was disappointed that the Ethics Committee did not follow the code of ethics and disciplinary code, both of which provide for an opportunity to be heard," said a statement.

Platini, who has run UEFA, has been named in the investigation because of a $2 million payment he received in 2011. The Frenchman earlier demanded an inquiry into the circumstances of the investigation against him.

The suspensions can be renewed for another 45 days when they run out in January, which would take the exclusion until just before the FIFA election to be held on Feb. 26.

That could rule out Platini, although it would be up to FIFA's electoral committee to decide whether he can stand. Chung, who was also fined 100,000 Swiss francs, would be automatically ruled out of the presidential race.

The scion of the Hyundai family was found to have contravened rules while lobbying for South Korea's bid for the 2022 World Cup, which was awarded to Qatar in a controversial 2010 vote. Chung has threatened to take legal action over the ban.

FIFA's crisis has been mounting since May when U.S. authorities issued charges against 14 FIFA officials and sports marketing executives over more than $150 million in bribes given for broadcasting and marketing contracts.

Seven FIFA officials were detained at a Zurich hotel two days before Blatter was reelected for a fifth term on May 30.

As the storm grew, Blatter announced that he would stand down, but only when the election is held. Rivals have accused him since of seeking to cling to power.

Platini and Chung have said they are victims of a campaign, which they suspect comes from within FIFA, to derail their bids to become FIFA president.

Media across Europe had predicted that the 90 days suspensions would be made. Platini called it an "insidious" leak that appeared to come from an official FIFA source.

He said it "is essentially an attempt to damage my reputation" and that FIFA has "flouted" its own rules.

Platini said he had still registered his official papers to be a candidate in the FIFA race yesterday. The deadline for candidates is Oct. 26.

Chung said on Monday at a London sports convention that he was the victim of a "smear" campaign by Blatter who he described as "a hypocrite and a liar."