Barcelona set to appeal over Arda Turan case at CAS 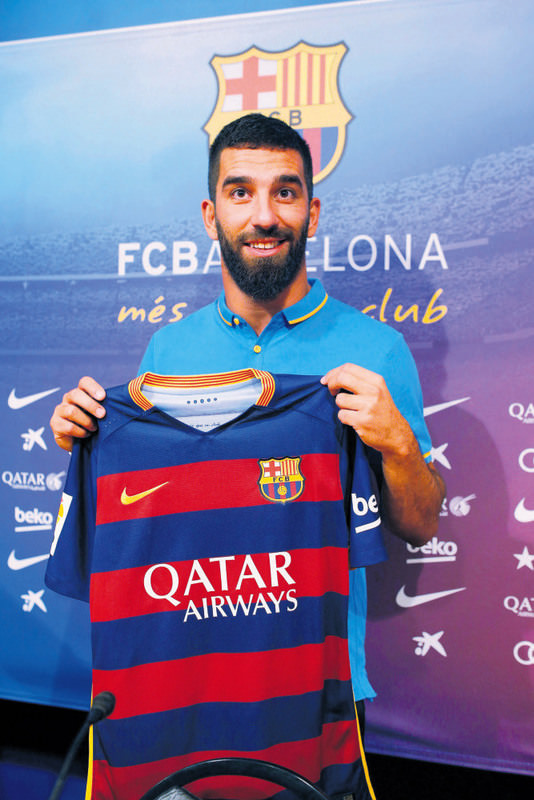 by Daily Sabah Oct 16, 2015 12:00 am
Barcelona says they are prepared to take their bid to register Turkey midfielder Arda Turan (above) to the Court of Arbitration for Sport (CAS). The Spanish and European champions are unable to play Turan, 28, due to breaking FIFA transfer rules.

But after an injury to Rafinha, they have asked FIFA and the Spanish Football Federation if they can replace the Brazilian midfielder with Arda. If they are refused permission, Barcelona will appeal to CAS. They were prevented from registering players for two transfer windows, with the ban officially expiring at the close of the last window in September. While they would normally have to wait for the new window to open in January to register new players, rules stipulate that in emergency cases such as injury, players can be registered outside the scheduled transfer windows.

The presence of Turan, who signed in July from Atletico Madrid in a deal worth an initial $37 million, would be a boost for Barcelona, who also have Lionel Messi and Andres Iniesta sidelined.

Turan would be registered as a replacement for Rafinha, who suffered a knee injury and is out for up to six months as he recovers.

CAS could take as long as eight months to reach a verdict on the matter, but Barcelona's principal objective is to have the body give an initial confirmation that the club is right on the matter. If the appeal works out in Barcelona's favor, the club hopes that Turan would be able to make his first appearance by either the end of November or the beginning of December. Barcelona will also ask CAS to recognize that their underage players are also able to register, train and live at the club's La Masia academy campus.
Last Update: Oct 16, 2015 2:14 am
RELATED TOPICS