Özil and Giroud lead Arsenal to victory against Bayern 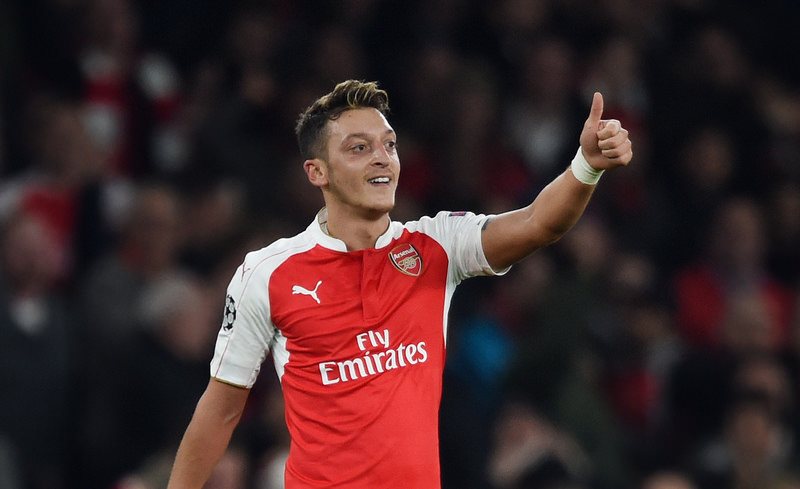 by Daily Sabah with Reuters Oct 20, 2015 12:00 am
Mesut Özil scored with almost the last kick of the game and Olivier Giroud struck two minutes after coming on as a substitute to give Arsenal a 2-0 win over Bayern Munich and kickstart their Champions League campaign on Tuesday.

Giroud replaced Theo Walcott after 75 minutes and headed in a Santi Cazorla header from close range in the 77th minute of the Group F match at the Emirates Stadium after the otherwise superb Manuel Neuer flapped at the ball to put Arsenal on their way to their first win after losing their opening two games.

Özil scored with virtually the final kick when his shot just crossed the line before being scooped out of the goal by his World Cup-winning team mate Neuer.

That outcome never looked likely though against the German champions who forced Arsenal back for long periods of the first half and totally controlled possession for most of the second half until Giroud scored.

The result ended Bayern's run of 12 successive wins in all competitions and kept Arsenal in the fight though still bottom of the group with three points. Bayern and Olympiakos Piraeus have six points, Dinamo Zagreb and Arsenal have three.
Last Update: Oct 20, 2015 11:57 pm
RELATED TOPICS