Galatasaray back in business in Europe as it defeats Benfica, picks up first win in Champions League 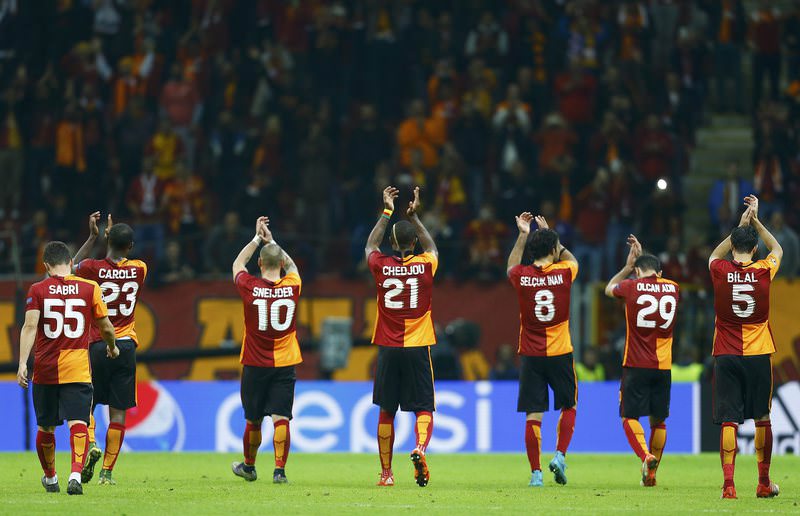 Galatasaray finally ended their 10-game winless run in Europe, securing their first victory in Group C of the Champions League by beating Benfica 2-1

In 2000, Galatasaray became the first Turkish team to win the UEFA Cup and UEFA Super Cup and were subsequently nicknamed by their fans "the Conquerors of Europe." However, their fans have had to endure a 10-game winless run in Europe. On Wednesday night, they seemed headed for disappointment one more time after Benfica scored a goal after 74 seconds. But the Yellow-Reds quickly rebounded and beat Benfica with two first-half strikes, reviving their Champions League hopes in Group C.

Benfica's Nicolas Gaitan put the visitors ahead after he received the ball in the penalty area, stepped inside of Aurelien Chedjou and fired past keeper Fernando Muslera. But Galatasaray captain Selçuk İnan hit back in the 19th minute, scoring from the penalty spot.

Lukas Podolski put the momentum firmly with the home side in the 33rd minute when he ran on to a long ball from Chedjou along the right and drove a left-foot shot past keeper Julio Cesar. The second half started with a flurry of goal efforts with both keepers making saves. Wesley Sneijder fired from long distance and hit the post while Benfica pressured Galatasaray but could not get any shots on target. The home side gradually fell back into a defensive stance and kept the Lisbon visitors at bay. The result still leaves Galatasaray in third. They are still behind Benfica as well as Atletico Madrid, who beat Astana 4-0. Wednesday's victory against the Portuguese club also marked Galatasaray's first win in the Champions League since December 2013. The Istanbul club had lost to Spain's Atletico Madrid and drawn against Kazakhstan's Astana in their first two Group C matches.

Atletico travel to Kazakhstan to play Astana in the next round, while Benfica host Galatasaray in Portugal.

Galatasaray coach Hamza Hamzaoğlu said, "We were lucky conceding an early goal. After the early goal, Benfica played defensive football and the game began to be controlled by us. We thought that Benfica would begin the game in a controlled way because they had six points. But the early goal changed their plans. Our players played well and helped each other. We ended the winless run in the Champions League. And we will add more victories."

Podolski said, "We knew that this match was like a little final for us. It's not important to me that I scored the goal; what's important is that we won the game. And we made it."

Bilal Kısa said, "We rose to a better place in the group. If we get a good result in the away match against Benfica we will advance. I'm sure of it."
Benfica coach Rui Vitoria confessed that the early goal gave them "unnecessary self-confidence" saying, "We began well and found the net very early. But that goal gave us an unnecessary self-confidence. We had as many chances as Galatasaray had but we could not capitalize on them due to the poor decisions we made."

Elsewhere, Cristiano Ronaldo and Zlatan Ibrahimovic struggled as Paris Saint-Germain and Real Madrid played to a lackluster 0-0 draw in the Champions League on Wednesday, while Manchester City found a way to earn a late 2-1 victory in a thrilling finish against Sevilla.

Atletico Madrid and Wolfsburg won, while Manchester United could not manage more than a 1-1 draw at CSKA Moscow. Juventus was held to a scoreless home draw with Borussia Moenchengladbach.

"Perhaps we lacked a bit of sharpness up front but we leave here happy to have picked up a point from a difficult ground," Madrid captain Sergio Ramos said.

"I think we created more chances than PSG; we controlled the match against a difficult team," Madrid coach Rafa Benitez said.