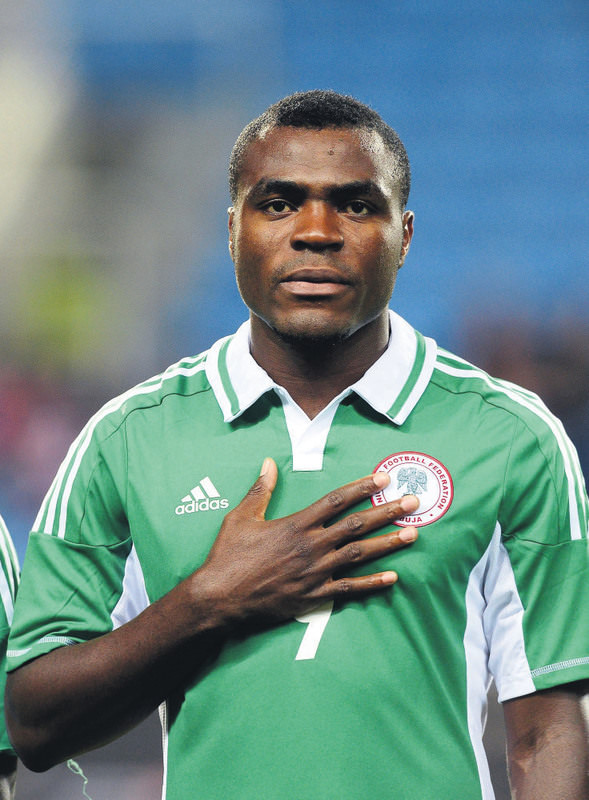 by French Press Agency - AFP
Oct 21, 2015 12:00 am
Nigerian striker Emmanuel Emenike announced on Tuesday his retirement from international football after failing to score enough goals. The 28-year-old said on his Instagram account that he was ending his five-year career for his national team, telling fans he was "no longer a Super Eagles player."

"It has always being my pleasure to play and win for the team," he wrote.

"I am always proud of my successful years with the team and I am pleased to call it off at this point in order to avoid insults."

Emenike, who plays his club football for Al Ain of Dubai, is the second player to announce his retirement from Nigeria's senior squad this month.

Lille goalkeeper Vincent Enyeama - Nigeria's most-capped player - said he was calling it quits after a much publicized quarrel with his coach, Sunday Oliseh.

According to reports, Oliseh was considering leaving out Emenike for next month's World Cup qualifier against Swaziland because he has not scored at the international level in the past two years.

The former Spartak Moscow player has, however, played in the first four matches since Oliseh took over from Steven Keshi.

Emenike made his international debut in a friendly against Sierra Leone in Lagos in February 2011 and was the top scorer during the 2013 Africa Cup of Nations, which Nigeria won.

But soon after he fell into a slump and his last goal for Nigeria was in October 2013 in a World Cup qualifying play-off against Ethiopia.

In total, he has made 37 appearance for the Super Eagles, scoring nine times.