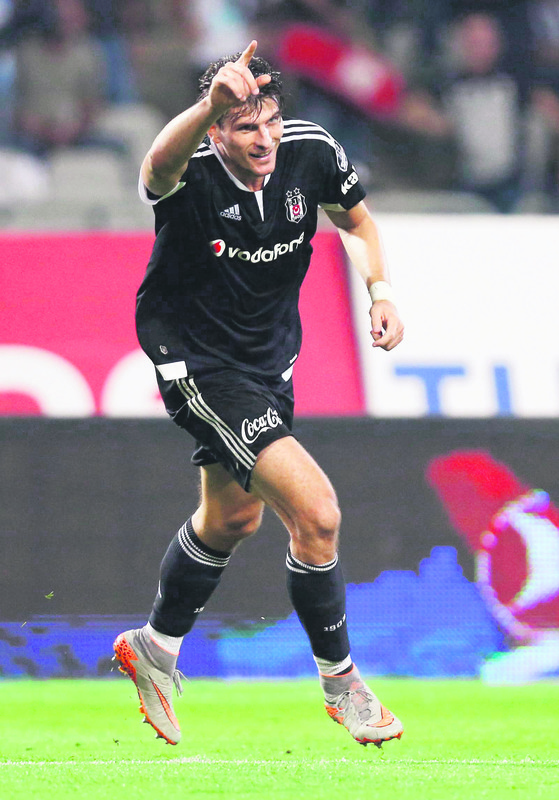 Fenerbahçe search for their first win in the Europa League Group A as they face Ajax in Istanbul while Beşiktaş visit Lokomotiv Moscow, who the Eagles beat 6-1 on aggregate in the 2000/01 UEFA Champions League

Turkish powerhouses Fenerbahçe and Beşiktaş are to continue their UEFA Europa League adventures on Thursday. Fenerbahçe and Ajax, two big-name casualties in this season's Champions League qualifying rounds, are both still searching for their first wins in Group A as the two sides meet in Istanbul. The Yellow Canaries are still picking up the pieces after crashing to a 3-1 home defeat against Molde on matchday one and there's plenty of reason for concern in Turkey with Ajax having won all of their eight previous meetings with Turkish teams.

"It's like we are two distinct teams. One is enthusiastic, ambitious and plays entertaining football, creating lots of chances and keeping pressure on opponents; the other is nervous, loses composure after conceding a goal and throws in the towel under pressure," Fenerbahçe coach Vitor Pereira told UEFA.com.

The sides' only previous UEFA meetings came in the second round of the 1968/69 European Champion Clubs' Cup with Rinus Michels's Ajax beating Ignac Molnar's Fenerbahçe 2-0. Fenerbahçe's record in 16 games against Dutch opponents is W4 D3 L9 (W3 D1 L4 in Istanbul - W1 D2 L5 in the Netherlands). Ajax have won all eight of their previous matches against Turkish teams, scoring 21 goals and conceding just two. However, they have not met a Super League opponent since November 1993.

Fenerbahçe's Dutch striker Robin van Persie has yet to score a UEFA Cup or UEFA Europa League goal in 12 appearances. The one-time Feyenoord man last faced Ajax with Arsenal in the 2005/06 UEFA Champions League group stage, coming on as a substitute in a 0-0 draw. Also, Ronny Deila takes the Scottish champions Celtic to his native Norway to face Molde, who are the surprise early frontrunners in Group A after stunning Fenerbahçe in Turkey before drawing with Ajax.

As for the Black Eagles, Lokomotiv Moscow fans with good memories will not want to dwell on the results of the sides' previous encounters as the Railwaymen welcome Beşiktaş in Group H. The Russian team will hope for a more positive outcome than they earned during their last meeting with Beşiktaş when the clubs come together in UEFA Europa League Group H.

Beşiktaş made it through last season's UEFA Europa League group stage unbeaten and then eliminated Liverpool FC on penalties before succumbing to Club Brugge KV. The competition's new identity has played well with Beşiktaş: they failed to progress in all three of their UEFA Cup group stage campaigns, but have been successful in all three of their UEFA Europa League ones.

Former Trabzonspor and Turkey goalkeeper Şenol Güneş took charge at Beşiktaş in June this year. He famously steered Turkey to a bronze-medal finish at the 2002 FIFA World Cup. He has also won two Turkish Cups in the course of four spells as Trabzonspor coach.

Elsewhere, Jurgen Klopp takes charge of Liverpool at Anfield for the first time today when the three-time UEFA Cup winners host Rubin Kazan. Anderlecht and Tottenham will roll back the years when the two sides meet at the Constant Vanden Stock Stadium in a rematch of the 1984 UEFA Cup final, won by Spurs 4-3 on penalties after a pair of 1-1 draws.Borussia Dortmund will make a 3,300-kilometre trip east to Azerbaijan where Group C rivals Qabala will put their strong defensive home record on the line as they face German opposition for the first time.