The mind-body duality of Beşiktaş 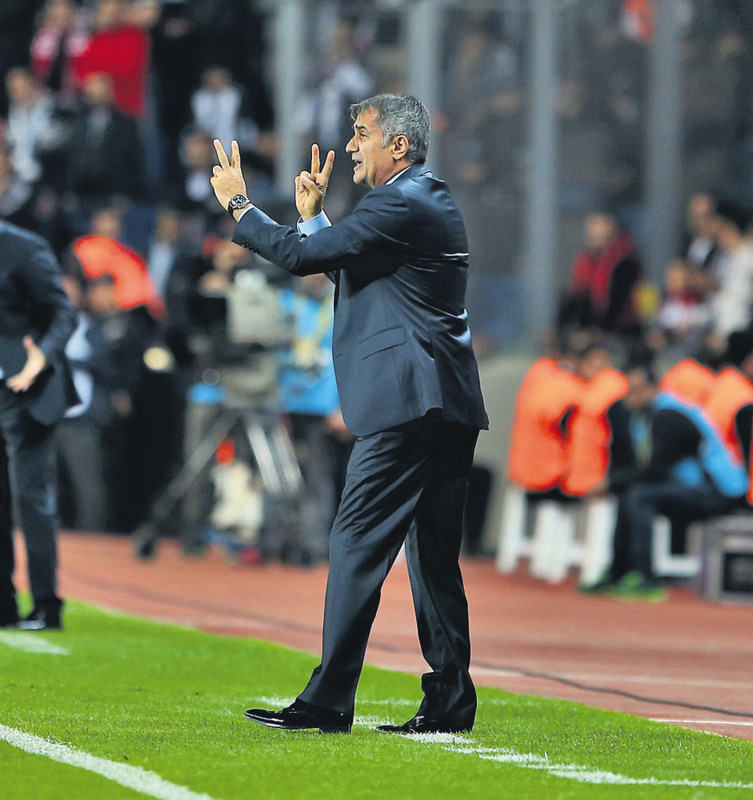 by Arda Alan Işık Oct 24, 2015 12:00 am
If Rene Descartes were to see Beşiktaş nowadays he would probably be proud to see his dualistic theory of the mind coming true. Head coach Şenol Güneş and his team are physically in the same place, but mentally they are distant from each other.

Güneş is trying to build a model at Beşiktaş to change the paradigm of the club in the direction of a more sophisticated football style but his players do not seem to feel the same historical responsibility as him. As usual, players are concerned about their short term performance, missing the bigger picture. As Ali Fikri Işık from hurhaber.com put correctly: "In order to create a complete and consistent game plan, Beşiktaş's forward players should press the opponent's defense with the conviction of a player who truly wants to intercept the ball. This kind of a true press would not only allow Beşiktaş to maintain its dominance in the game, but would also ensure Beşiktaş position themselves in the opponent's half. Güneş has to make sure that his players understand the importance of it. However, right now, Beşiktaş is a divided team on the field due to the reluctance of its forward players to do defensive work."

Against Lokomotiv Moscow, this was the main problem for Güneş and Beşiktaş, only in reverse. This time, the Beşiktaş players cooperated collectively and successfully on the defensive side, but no Beşiktaş defender was brave enough to get close to the Moscow goal. Beşiktaş's defensive line was standing too deep and Atiba Hutchinson was naturally not able to connect the defense with the offence by himself. Thus, as the away team, Beşiktaş managed to push Lokomotiv away from their goal throughout the game, but they were unable to produce anything noteworthy either.

Added to that, Oğuzhan Özyakup, who was supposed to organize Beşiktaş's game in the midfield, was missing until the last five minutes when Beşiktaş finally took control. Jose Sosa, another key player and playmaker, was also so busy chasing Lokomotiv players that he could not find the time and space to create any opportunity.

However, although every part of the game suffered from this division of the two sides and they performed worse than usual, the most problematic area for the Eagles was the left wing. The cooperation between enthusiastic but clumsy left back İsmail Köybaşı and fancy but completely out-of-form Ricardo Quaresma gave two or three counter-attacking opportunities to Lokomotiv Moscow. Seeing as Köybaşı is willing to join the attack and Ricardo Quaresma was never an eager defender, Olcay Şahan would be a better option to replace Quaresma. On the other hand, unlike his lefty colleague, right back Andreas Beck is solely focused on defense and leaves winger Gökhan Töre without support in attack. Güneş must solve these divisions collectively and make his players assume both defensive and offensive roles, otherwise his modern style will never be realized.

Except the goal, Lokomotiv Moscow were completely dull and could not create opportunities that threatened Beşiktaş goalie Tolga Zengin. Nevertheless, Zengin was generally successful in confronting weak Lokomotiv offensives and commanded his area successfully. On the other hand, the Lokomotiv goalkeeper was in the wrong position when Mario Gomez scored Beşiktaş's equalizer. He should have stayed in the middle of his goal.
RELATED TOPICS