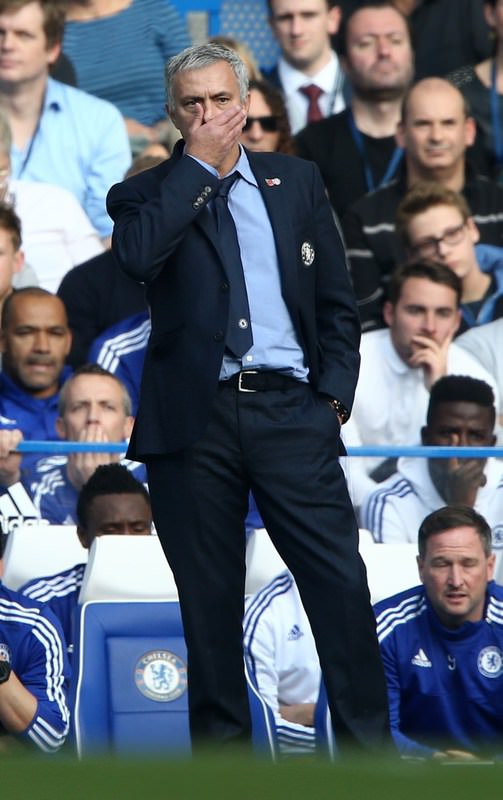 by Nov 02, 2015 12:00 am
Chelsea manager Jose Mourinho vowed to plough on attempting to resurrect his team's desperate season despite a 3-1 home defeat by Liverpool creating yet more scrutiny of his position. Liverpool's win, inspired by a brace from Philippe Coutinho, condemned Chelsea to their sixth defeat in 11 league games and left the reigning champions just four points above the Premier League relegation zone in 15th place. But despite reports suggesting that he is at risk of the sack, Mourinho does not think that he has presided over his last Chelsea match and said that he would soon be turning his thoughts to Wednesday's Champions League home game against Dynamo Kiev.

"I go home, I go to find a sad family," he told journalists at Stamford Bridge on Saturday after being asked what the immediate future held for him. "I will try to watch some of the rugby (World Cup final) and disconnect a little bit from this.

"Then I will start preparing the training session for tomorrow [Sunday] morning and the game for Wednesday."

Characteristically, he reserved his sharpest criticism for referee Mark Clattenburg, who elected not to show Liverpool midfielder Lucas Leiva a second yellow card for a clear trip on Ramires in the second half. Mourinho said that he could not fully articulate his complaints for fear of being "punished by the FA", which has already fined him for criticizing referees this season, but he challenged the reporters present to shed light on the perceived injustices.

"You are all intelligent guys," said the Portuguese, whose side were also knocked out of the League Cup by Stoke City last week. "If you want to write, you write.

"Next press conference I will bring you nice glasses, maybe you see the game in a better way. Or I give you some five percent of personality so you can say what you see, you are not afraid of it."
Last Update: Nov 02, 2015 1:48 am
RELATED TOPICS