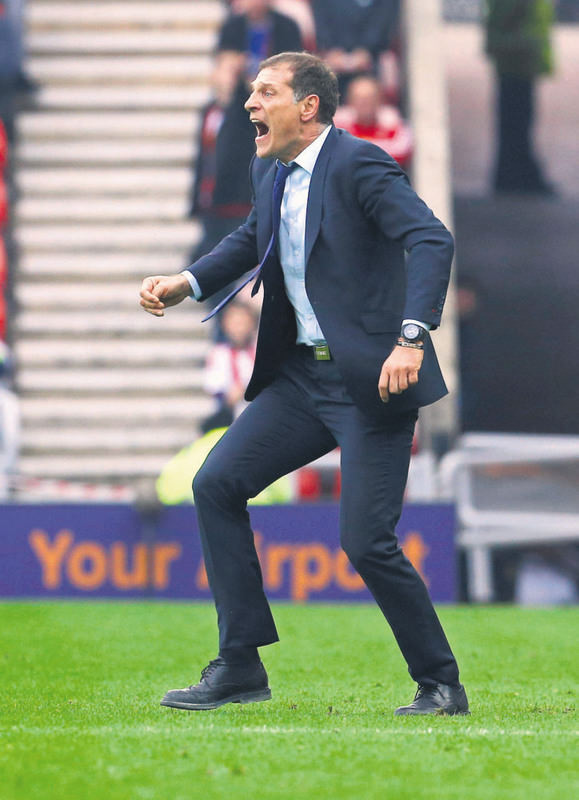 by Arda Alan Işık Nov 03, 2015 12:00 am
After two clearly unsuccessful years in Istanbul, Croatian coach Slaven Bilic (above) has made a sensational start to life in the Premier League with West Ham United, beating Arsenal, Liverpool, Manchester City and Chelsea in their first 11 games. Added to that, the team sits in fifth place in the Premier League table, above giants like Liverpool, Tottenham, Chelsea and just below Manchester United. Thus, one may easily say that Slaven Bilic is formulating a new way to survive in football with a small budget and a relatively weak squad compared to his competitors at the top.

However, when you closely examine Slaven Bilic's performance at West Ham, a small detail that resembles Bilic's Beşiktaş era shines through immediately. Slaven Bilic's strategies and tactics are only operative when his team is not supposed to dominate the game or get a clear win. In the first 11 games, Bilic beat six teams; Arsenal, Liverpool, Manchester City, Chelsea, Newcastle United and Crystal Palace. Except Newcastle United and Crystal Palace, those four teams were obviously the favorite against Bilic's West Ham and they played accordingly. Furthermore, the Crystal Palace was away from home against an in-form team and there weren't huge expectations on Bilic.

On the other hand, Bilic has lost three games and got two draws in the same period of time. Leicester City and Bournemouth were able to beat West Ham at their home, the Boleyn Ground, and last week Watford coach Quique Sanchez Flores simply gave Bilic a taste of his own medicine by allowing Bilic to play. Also, Norwich City and Sunderland, teams in 16th and 19th respectively, were strong enough to cripple Bilic's game and get a point.

At this point, as my fellow Turkish readers will remember, Beşiktaş were also incredibly effective at Anfield, White Hart Lane and the Emirates Stadium, but could not produce anything against weak Anatolian teams. This clearly stems from Slaven Bilic's decision to determine his strategy according to his opponent. In Bilic's game, the only thing that shapes his tactics are the opportunities that his opponent give him while trying to produce something. A strict defense, unleashed out of control players and a chaotic strategy are Bilic's main weapons for both poisoning the opponents' game and being available for swift counter-attacks. Maybe the oldest trick in football; cripple and destroy.

However, what Slaven Bilic suffered from in Istanbul and what he has seemingly forgot in London is that analyzing the opponent and formulating short-cut plans cannot replace a long-term self-sufficient game. You steal the ball and stop the opponent in order to implement your own plan, not losing the ball arbitrarily and waiting to intercept it in a better situation. Nevertheless, that is now exactly West Ham United's case. If they can punish the opponent immediately, they do, but they are unable to grow a game from the ground up.You could say this is a technical preference and Slaven Bilic's game may very well bring success to West Ham. It can indeed, but look at Jose Mourinho right now, who played Slaven Bilic's game's - just an updated and better version. Mourinho is now paying off his debt to the devil for the championship last season and cannot find a way to organize the inner connections of the team. When you just rely on the opponent's mistakes and neglect the organizational structure of your team, you can find yourself in the relegation zone six months after being champions.

Therefore, although Slaven Bilic and West Ham United make a good combination, the game that Bilic suggests is rationally, mathematically and physically impossible to implement consistently. Either Bilic will turn to modern football, which relies on the organization of 11 compact players with a goal, or the time will also come for him to pay his debt to the devil.
RELATED TOPICS