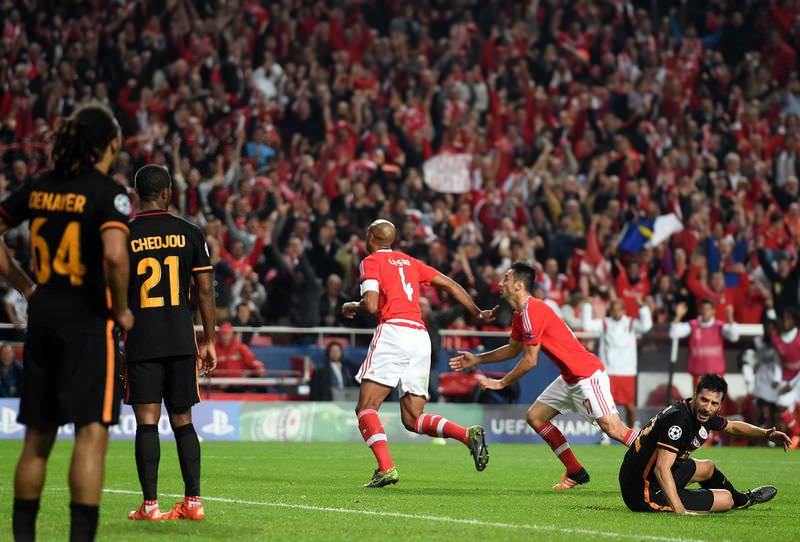 by Daily Sabah with AP
Nov 04, 2015 12:00 am
Central defender Luisao scored in the 67th minute to give Benfica a 2-1 win over Galatasaray in the Champions League on Tuesday and put the Portuguese club two points clear at the top of Group C with two games to play.

Atletico Madrid is second in the group on seven points after being held to a 0-0 draw at Astana. Galatasaray is third with four points.

Raul Jimenez chipped the ball into the visitors' penalty area for Luisao to poke it into the net from short range. The Brazilian's goal put Benfica back into the lead after Lukas Podolski leveled the score in the 58th, cancelling out Jonas' 52nd-minute opener.

Benfica had the best of the game as the Lions struggled to contain Jonas and Argentine striker Nicolas Gaitan.
Last Update: Nov 04, 2015 1:35 am