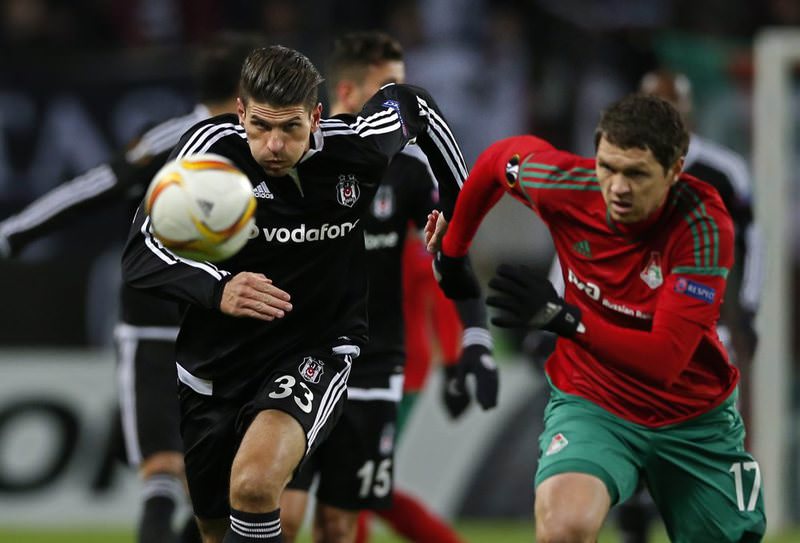 by Daily Sabah Nov 05, 2015 12:00 am
Turkish powerhouses Fenerbahçe and Beşiktaş continue their UEFA Europa League adventures today as Fenerbahçe look for a win over the Dutch club Ajax, who are without a win in four European games. Moreover, Ajax will look to maintain their 100 percent home record against Turkish opponents as Fenerbahçe come to Amsterdam in Group A. Substitute Fernandao scored as Fenerbahçe prevailed 1-0 in Istanbul on matchday three. It was Ajax's first defeat in nine games against Turkish clubs. The teams' only previous UEFA meetings came in the second round of the 1968-69 European Cup, Rinus Michels' Ajax beating Ignac Molnar's Fenerbahçe 2-0 home and away. Ajax's eight-game winning streak against Turkish opposition is thus over, but they have triumphed in all four of their previous home fixtures versus Super League teams by an aggregate score of 11-1. Fenerbahçe's record in 17 games against Dutch opponents is W5 D3 L9 (W1 D2 L5 in the Netherlands). That sole away success came on their most recent visit - 1-0 at FC Twente in the 2009/10 UEFA Europa League group stage.

If Ajax fail to beat Fenerbahçe, and Molde FK overcome Celtic FC again, the Norwegian outfit will be guaranteed a round of 32 place.

Beşiktaş held Lokomotiv Moscow to a 1-1 draw in Russia on matchday three and will look to go one better and go top of UEFA Europa League Group H with a win in the return fixture. Beşiktaş and Lokomotiv Moscow are both unbeaten in three UEFA Europa League Group H games and a win in Istanbul on matchday four, coupled with Sporting failing to overcome Skenderbeu, would send the Russian side into the round of 32. Maicon and Mario Gomez traded goals in the space of 11 second-half minutes as Beşiktaş held Lokomotiv to a 1-1 draw on Oct. 22. Beşiktaş's eight encounters with Russian teams have ended W3 D2 L3 (W2 D1 L1 in Istanbul). Lokomotiv's record in seven games against Turkish sides is W2 D2 L3 (W1 D1 L1 in Turkey). Beşiktaş made it through last season's UEFA Europa League group stage unbeaten.
RELATED TOPICS