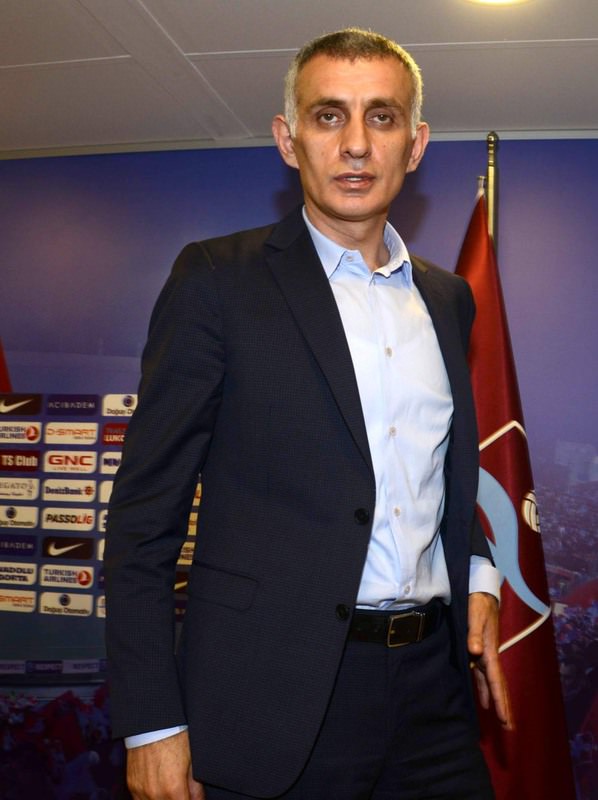 by Daily Sabah Nov 05, 2015 12:00 am
Trabzonspor President İbrahim Hacıosmanoğlu (above), who was recently accused of locking away four match officials in a stadium overnight for failing to award a penalty, has been suspended by the Turkish Football Federation (TFF) after making a misogynistic comment. While defending himself after claims of locking referees in their dressing room, Hacıosmanoğlu said, "If we're going to die, we'll die like men; we won't live like women," forcing the TFF's disciplinary board to suspend him for nine months and 10 days, which was purposely chosen as the rough amount of time for the gestation of a human fetus.

The enraged club president was accused of ordering Çağatay Şahan and his assistant referees to be detained after Trabzonspor were denied a penalty in the final minutes of Trabzonspor's top-flight match against Gaziantepspor, which ended 2-2 last week.

He later denied he held them hostage but said he had them locked away for their own safety when angry supporters gathered outside the stadium.

Hacıosmanoğlu landed in further hot water after his outburst over the incident where he made the bigoted comment. "If we're going to die, we'll die like men; we won't live like women. No one has the power to make us live like women," he said. "To live like a woman" quickly became a top trending topic on social media.

The Professional Football Disciplinary Board also dished out historic penalties both for Trabzonspor and the administrators. Trabzonspor will have to play without spectators in two matches. Hacıosmanoğlu will have to pay TL 150,000 ($52,000) along with serving a 280-day suspension. TFF Vice President İbrahim Usta is suspended 18 months on the grounds that he was involved in the incidents after the match.