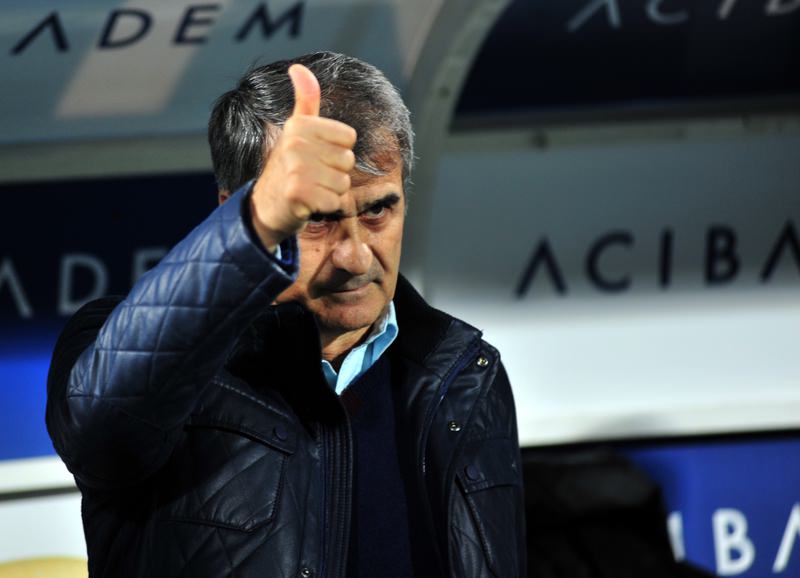 As well as finishing the 11th week of the Super League on top above Fenerbahçe and Galatasaray, Beşiktaş became the highest-scoring team after 11 weeks since the 2003/04 season, scoring 28 goals

Beşiktaş retained their lead over the Super League after beating Bursaspor 1-0 with a last-minute Oğuzhan Özyakup goal in an away match on Sunday. They finished the 11th week on top with 26 points, ahead of Fenerbahçe with 24 points and Galatasaray with 21 points. If they had lost against Bursaspor, they would have given up their first-place position to Fenerbahçe as well as missed the opportunity to go clear of Galatasaray, who lost three points after they were stunned by Rizespor 4-3 on Saturday. On Sunday, Fenerbahçe beat Torku Konyaspor 1-0 but their dreams of moving to the top were shattered after Beşiktaş scored a last-minute goal against Bursaspor.

Other than dominating the top of the table, Beşiktaş have been in magnificent form performance-wise this season. The Eagles have the highest-scoring team after 11 weeks since the 2003/04 season, scoring 28 goals. They have been gaining admirers with their attacking football that has been refined by coach Şenol Güneş, who took the job in the summer. They equaled the 28 goal record that was set under the management of Romanian coach Mircea Lucescu in 2003-04. Beşiktaş finished that season with 65 goals. The Eagles have already scored as many goals in 11 weeks as they did in the whole first half of last season. They finished the first half of the league with 27 goals in the era of Croatian coach Slaven Bilic. They had scored 16 goals by the 11th week last season and finished the season with 55 goals in total.

Beşiktaş have managed to score in all of the 15 official matches of the 2015-16 season. They have played 11 matches in the Super League and four in the UEFA Europa League, scoring 34 goals in total.

After the match in Bursa, Beşiktaş coach Şenol Güneş was left infuriated by a question posed by a local reporter. The reporter asked Güneş, who was the coach of Bursaspor last season, "You are now coaching an Istanbulite team. When you coached Bursaspor you said that 'Uludağ's (a touristic mountain in Bursa) air is clean but Istanbul's is like a dirty aquarium' Now you are coaching an Istanbulite team. While you are in that dirty aquarium, how do you take stock of yourself?" After this question, an angry Güneş said, "I love Bursaspor and Bursa city. That's why I served here with goodwill. I dedicate most of my career to Bursaspor. Don't mix me with other coaches. Everybody knows what I meant when I talked about dirtiness. The insults to me here did not upset me. I'm just sorry for Bursaspor. I don't want to open some secrets but your captain once begged me to take him to Beşiktaş. I called the president of yours."

The media said the footballer that Şenol Güneş was alluding to is Volkan Şen, who was the captain of Bursaspor and currently plays at Fenerbahçe.

Meanwhile the second-ranked Fenerbahçe have made a happy habit of winning games by a single goal. Fenerbahçe have won six of their last seven games in the Super League by one goal, winning four matches by a 1-0 scoreline. The Fenerbahçe fans have complained about unproductive football and haven't yet warmed up to new coach Vitor Pereira. However, Pereira doesn't appear concerned with the gans' complaints and plans to stick to his methods. He said after the 1-0 win over Konyaspor, "We played against a team that is organized well in terms of defensive style. We struggled to get a result against a powerful team. The match we played against Ajax on Wednesday also tired us. We are taking firm steps forward as a team and improving our football. We could have scored more goals. Our rivals had only one attack in 90 minutes. We did not give them a counter-attacking opportunity. That's important. I'm now proud of what I did. We will silence everyone in this country. I will not do this on my own but with my team. We will prove a lot of things. And we will see who will laugh at the end of the season. To me, good football is about not giving opportunities, dominating the game, controlling the ball. Most people in this country think that good football is finding a lot of positions. Football is not tennis. The really good football is to press, dominate rivals, to play in the rivals' half. The fans should be a little bit more patient."
RELATED TOPICS