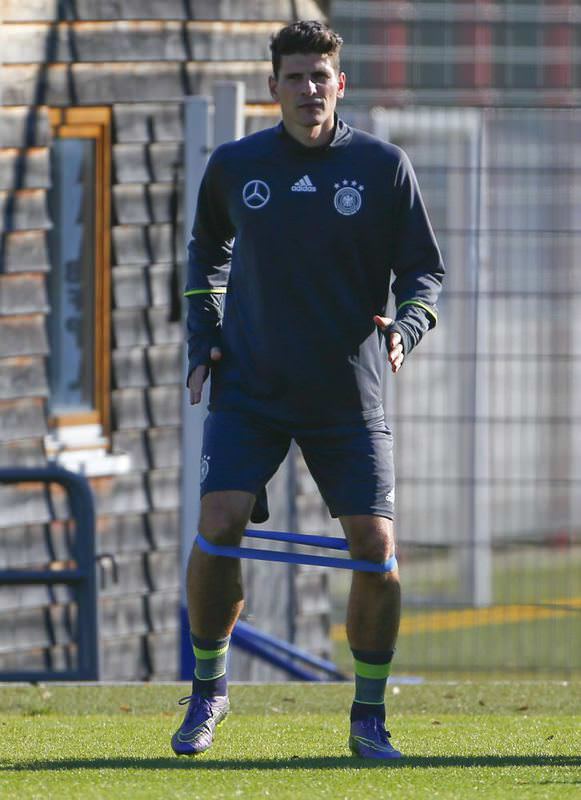 by Nov 12, 2015 12:00 am
Germany forward Mario Gomez has his move from Fiorentina to Turkey's Beşiktaş to thank for his return to the national team after two injury-plagued seasons in Italy, he said on Tuesday. The 30-year-old, who has 60 caps and 25 goals, missed their World Cup triumph last year through injury and has played only twice for Germany in more than two years.

Gomez, called up for the friendly matches against France on Friday and against Netherlands next week, has netted eight times in 10 league games so far for Beşiktaş and with Germany struggling for goals during a less than impressive qualifying campaign, his timing could not have been better.

"I am delighted to be back here," the former Bayern Munich forward told a news conference in the Bavarian capital. "It is a good change to be making sporting headlines rather than headlines about injuries.

"I was in a phase where such a decision was not easy. I knew the next decision had to fit because the previous one (at Fiorentina) did not. I did not have much fun playing, especially when you are not fit.

"The move to Turkey may have been a surprise for some but for me it was the right one. It may not be the toughest of leagues but for me it was important to play, injury-free. I don't think I ever played three matches in a row, one every three days, at my time in Fiorentina."

Gomez left Bayern after their treble-winning season that included the Champions League in 2013 but struggled at Fiorentina. He played three games before sustaining a knee injury that ruled him out for several months.

After a brief return, another knee injury saw him sidelined for the rest of the 2013-14 season, dashing his hopes of making Germany's World Cup squad. He suffered more injuries last season before deciding to move to Turkey. "These were difficult two years for me but now I am enjoying it again and I am thrilled that he (Germany coach Joachim Loew) called."