Turkey to play against Qatar and Greece in Euro 2016 preparations 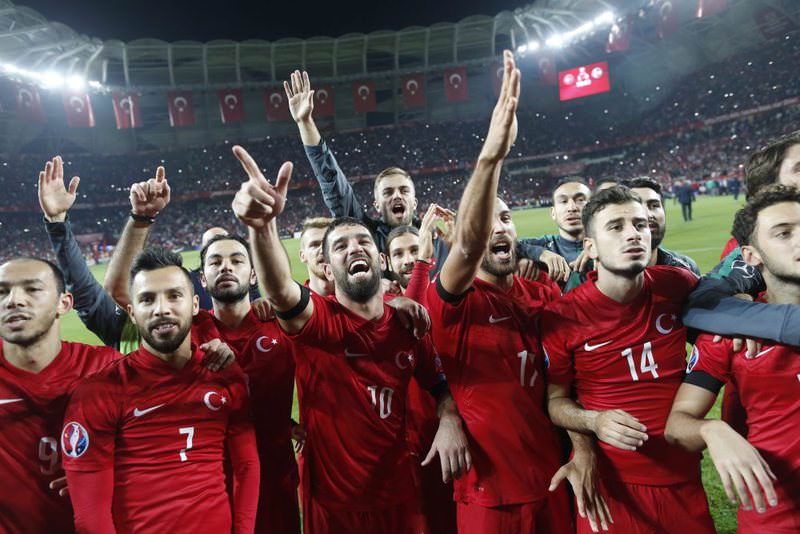 With Turkey qualifying for Euro 2016 as the best third-placed team, friendlies against Qatar today and Greece on Tuesday offer the chance for Turkish players to put down markers for the forthcoming main event

A year ago, Turkey's Euro 2016 hopes had almost been written off. One point from the opening three games represented their worst start to a qualification campaign since the 1990 FIFA World Cup. Exactly 365 days on from a 1-1 draw against Latvia, though, Turkey punched their ticket to France. And now Turkey will use two friendlies on Friday and then on Tuesday against Qatar and Greece respectively as dress rehearsals . The match against Qatar will be played at Lekhwiya Stadium in Doha, Qatar. A number of kiosks will be set up selling Turkish and Qatari products. Folk dancers from Turkey will also be present at the match venue to add to the family fun.

The match comes four days ahead of Qatar's 2018 FIFA World Cup and 2019 Asian Cup joint qualifying match against Bhutan. Qatar hammered Bhutan 15-0 in their first leg in Doha in September. Qatar are unbeaten in five Group C matches so far.

Turkey's squad for the friendlies against Qatar and Greece is as follows:

Turkey, who had all but lost hope of qualifying for Euro 2016 just two months ago following their dramatic draw with Latvia, secured direct qualification from Group A as the best third-place team with Selçuk İnan's last-gasp free kick in a 1-0 win at home against Iceland on Oct. 13.

"After the Latvia game we said, 'It isn't over until we say it's over,'" said Fatih Terim. "It is easy to say that now, but it was not so easy back then." It helped, of course, that Terim was no stranger to remarkable recoveries. He was at the helm in Turkey's last finals, at Euro 2008, where three comeback victories helped them through to the semis.

Belief has always been there according to Arda Turan, a veteran of the 2008 campaign. After beating Kazakhstan in their fourth outing, it was the midfielder who said: "We have completed many comebacks in the past, so why not again?" That spirit sustained them until the 89th minute against Iceland when, down to ten men, Selçuk İnan curled in a magical free-kick.

Terim also made a few adjustments after the initial three games, most crucially tightening things in a back line that had conceded six goals. They shipped just three in the remaining seven. Hakan Balta and Serdar Aziz have formed a formidable central defensive partnership, the bedrock of a team that ended with four clean sheets in five games.

Credit, too, goes to Volkan Babacan. Onur Kıvrak and Tolga Zengin each had a game before Terim handed İstanbul Başakşehir keeper Volkan his first cap for the Latvia draw. He grew game by game and after eight competitive matches he has been beaten only four times. Not bad for a 27-year-old who was playing in the second tier two seasons ago.

Hakan Çalhanoğlu and Oğuzhan Özyakup, 21 and 23 respectively, have brought youthful endeavor to the team but it is Arda and İnan who carry Turkish hopes. Arda scored two and set up three over the last five games, while Galatasaray's İnan struck three crucial goals in Turkey's final four games, allied to his ever-reliable distribution in midfield.

"We played six games with a noose around our necks," said Arda. "It was not easy at all." Yet Turkey once again found a way.