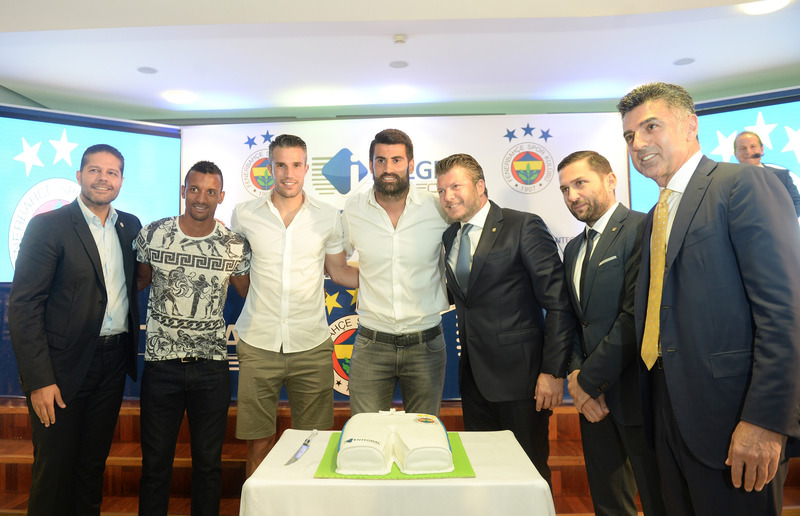 Fenerbahu00e7e recently signed Dutchman Robin van Persie and Portuguese star Nani. (AA Photo)
by Anadolu Agency Nov 20, 2015 12:00 am
UEFA launched investigation into the finances of Turkish football club Fenerbahçe on Friday, while the club said in a statement on its website that its income from the UEFA competitions had been frozen while the investigation is underway.

The inquiry by the European football governing body is being carried out under the Financial Fair Play rules that govern how much a club can spend on players.

Fenerbahçe, one of Turkey's "Big Three" clubs alongside Galatasaray and Beşiktaş, spent a lot of money on two big-name signings over the summer - Dutchman Robin van Persie and Portuguese star Nani.

If the club is found to have violated the fair play rules it faces a range of penalties from a warning to disqualification from European competition.

The rules were introduced in 2011 to ensure clubs do not get into financial difficulty in spending more than they earn in a bid to achieve success.
Last Update: Nov 20, 2015 6:09 pm
RELATED TOPICS