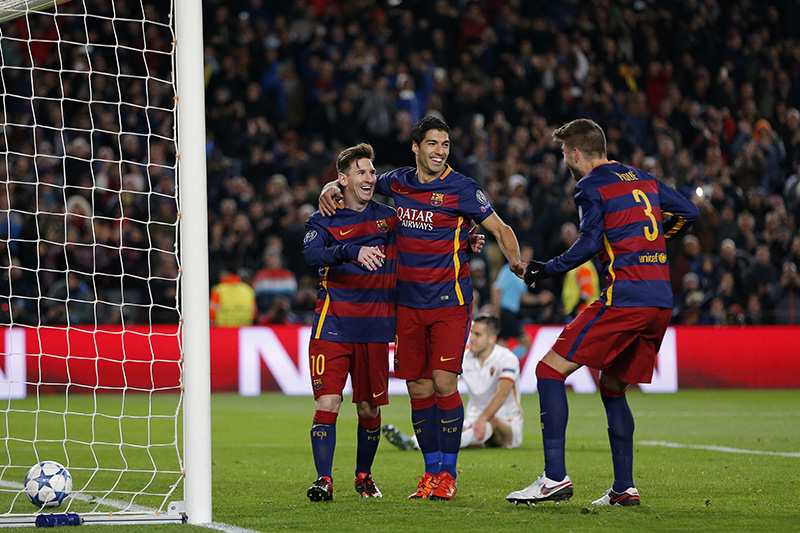 by Associated Press Nov 24, 2015 12:00 am
Lionel Messi scored his first two goals after a two-month injury layoff and Luis Suarez netted a brace in a 6-1 rout of Roma on Tuesday as Barcelona advanced to the Champions League knockout rounds for a 12th consecutive season.

Suarez got Barcelona rolling at Camp Nou in the 15th minute. Three minutes later Messi scored his first goal in his second appearance since returning from a left-knee injury.

Barcelona had already qualified for the next phase before kickoff after Bayer Leverkusen was held 1-1 at BATE Borisov, but the victory secured the defending champions the top spot in Group E with a game to spare.
Last Update: Nov 24, 2015 11:55 pm
RELATED TOPICS