Galatasaray coach Denizli to not risk it against Atletico 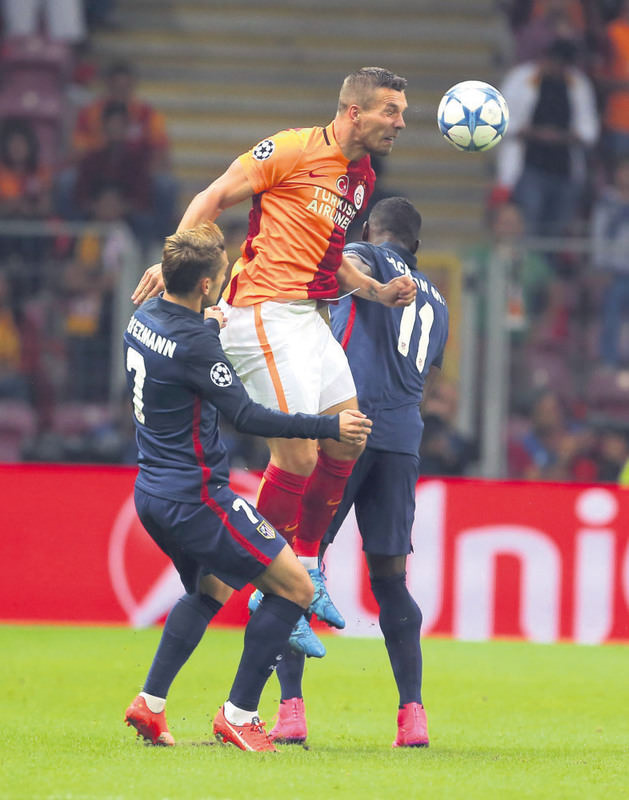 Galatasaray's Podolski (C), fights for the ball with Antoine Griezmann (L) and Jackson Martinez of Atletico Madrid during the Champions League.
by Daily Sabah Nov 25, 2015 12:00 am

"If I'm going to risk my reputation it could only be for Galatasaray," said Mustafa Denizli after being named coach. However Claudio Taffarel will be in caretaker charge against Atletico today

Wednesday night sees Champions League action as Galatasaray face a vital encounter against Atletico Madrid. While a point will suffice for Atletico, victory is essential for Cimbom to still have a chance of going through. But these are turbulent times for the Turkish champions, who sacked coach Hamza Hamzaoğlu last week and drew 3-3 at home to Antalyaspor at the weekend despite leading three times. Since then Mustafa Denizli, 66, has been named the new coach as he returns for a third spell, 23 years after his last stint in charge. 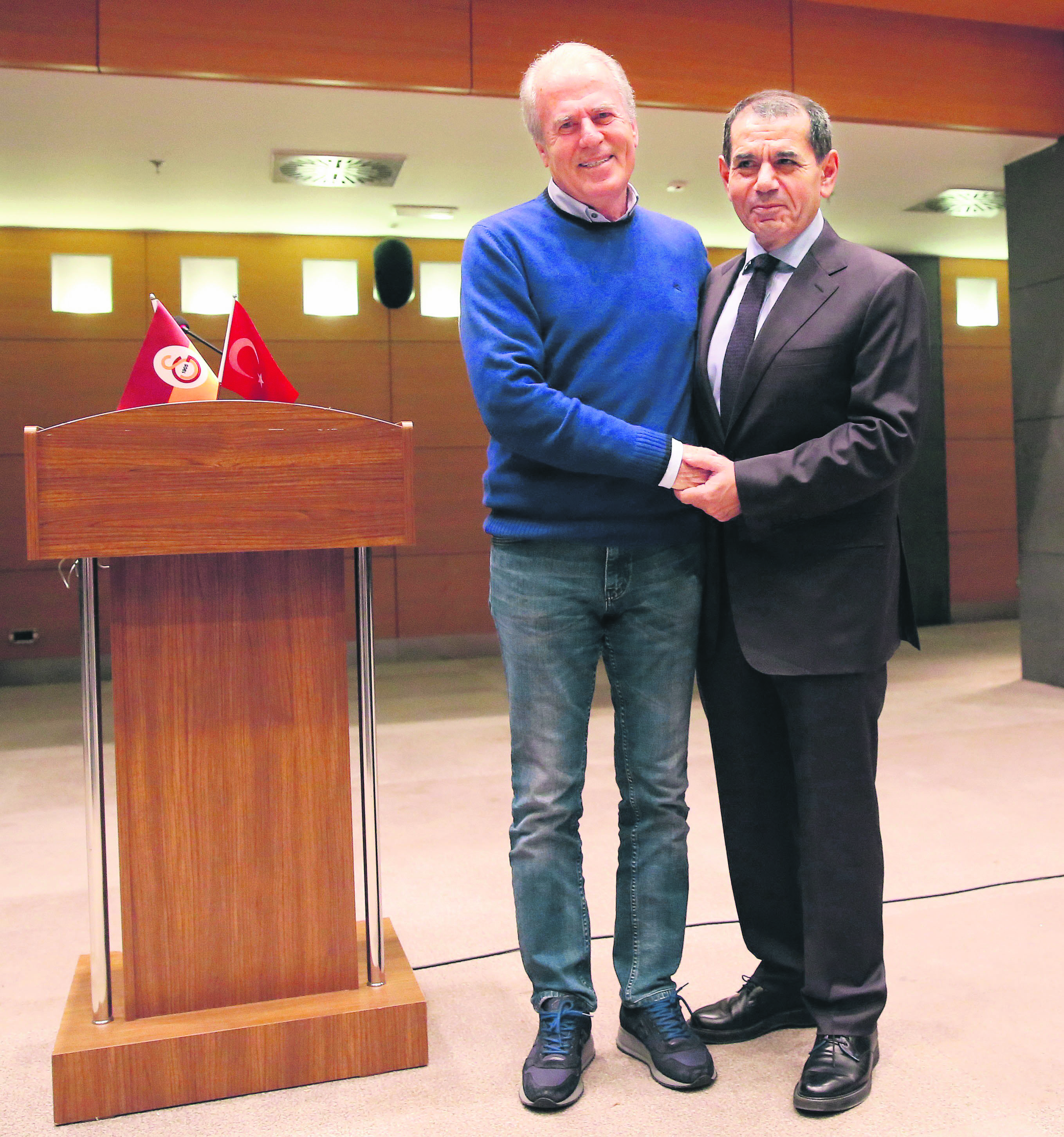 Although he said on Tuesday in a press conference after he was appointed as the new manager that "If I'm going to risk my reputation it could only be for Galatasaray," Denizli has decided not to assume his position before the must-win Group C visit to Atletico, for which Claudio Taffarel remains in caretaker charge. Denizli is the only coach to lead a Turkish team to the semi-finals of the Champions League but he was unable to win a single point in the Champions League when he managed Fenerbahçe in 2002. Some Turkish commentators allege that he did not want to start the top job in Galatasaray with a Champions League failure.

Beaten 2014 finalists Atletico need only draw against Galatasaray at the Vicente Calderon to secure their place in the last 16, although they may have to win to retain a chance of finishing top of the section. Diego Simeone's side, who welcome back Juanfran for this match, are eight games unbeaten in all competitions after a Koke goal secured a 1-0 victory at Betis on Sunday to leave them second in La Liga behind Barcelona.

As for the other matches of the group, Benfica have saved their best form for Europe this season and a fourth win in five Group C outings when they make the long trip to Kazakhstan will take the Portuguese giants through to the last 16. A draw will also be enough if Galatasaray fail to win at home to Atletico Madrid later on Wednesday, but Rui Vitoria's side have lost captain Luisao for two months with a broken arm and lost 2-1 after extra time to Lisbon rivals Sporting in the Portuguese Cup at the weekend. Since they last played in the competition, Astana have retained the Kazakh title and lost to Kairat in the national Cup final. They are still to win in the group stage but have already held Galatasaray and Atletico at home. However, they need to win this time to keep their hopes alive.

Here are the other matches of the Champions League today:

The match between Malmö and Paris Saint-Germain is all about the return of Zlatan Ibrahimovic to face his hometown club and the team where he started his glittering career before leaving for Ajax in 2001. The interest in this fixture is huge in Sweden - after the draw was made there was talk of moving it to Stockholm to allow more fans to attend and tickets have reportedly been going on the black market for as much as 20,000 kronor ($2,289). PSG's 1-0 defeat at Real Madrid three weeks ago remains their only loss this season but a win here will take Laurent Blanc's side through to the last 16 and a draw would suffice depending on the result in the other game in Ukraine. Defeat however would leave their qualification hinging on the closing set of results next month. In the other match of the group, the pressure on Real Madrid coach Rafa Benitez is intense in the wake of Saturday's 4-0 trouncing at the hands of Barcelona in the Clasico at the Santiago Bernabeu. At least they can head to Ukraine with the pressure off having already secured their place in the last 16, although a win against Shakhtar Donetsk will guarantee top spot. Shakhtar need a win to maintain any hope of reaching the knockout stages themselves.

In one of the closest groups to call, CSKA Moscow are bottom but could move into second place if they beat Wolfsburg at the Arena Khimki and other results go their way. However, they could also be eliminated in case of a defeat. Wolfsburg, meanwhile, are third but just one point behind leaders Manchester United.

For all the criticism aimed their way this season, Louis van Gaal's United are just one point off the top of the Premier League and a win against PSV will secure their berth in the last 16 with one game to spare in Group B.

With Manchester City already through, Juventus can join them in advancing from Group D with a win in Turin. A draw will also suffice as long as Sevilla do not win their game in Germany, and the current form guide suggests Juve are the favourites.

Elsewhere, Sevilla's only points so far came in a 3-0 win at home to Gladbach in September and they must win again in Germany, and hope Juventus fail to beat Manchester City, to maintain any hope of reaching the last 16. Gladbach, meanwhile, cannot reach the last 16 but can still pip Sevilla to the consolation of a berth after Christmas in the Europa League, a competition Sevilla have won in each of the last two seasons.
RELATED TOPICS