Beaming Messi back playing like he was never away 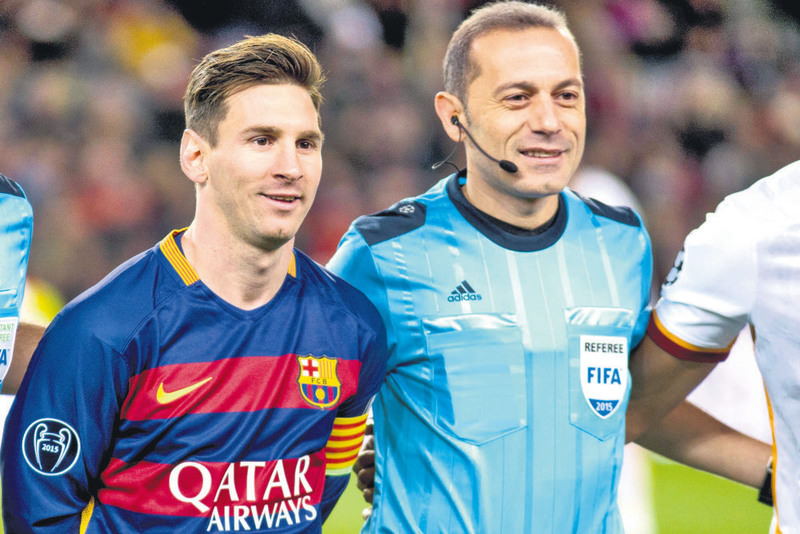 by Nov 26, 2015 12:00 am
Barcelona kept winning during Lionel Messi's injury absence but the fans were still clearly delighted to have him back on Tuesday and he rewarded their patience with a signature performance against AS Roma.

The Argentina forward, making his first start since he damaged a knee at the end of September, played as if he had never been away in the holders' 6-1 Champions League Group E drubbing of the Italian side at the Nou Camp, netting a double and generally running the show.

The familiar chants of "Messi! Messi! Messi!" rang out around the giant stadium and the beaming smile on his face, which shows he is back enjoying what he does best, is an ominous sign for Barca's rivals. The victory, which included a brace from Luis Suarez and goals from Gerard Pique and Adriano, ensured Barca went through to the last 16 as section winners and they have negotiated the group stage of Europe's elite club competition for a 12th consecutive season.

The demolition of Roma followed hard on the heels of Saturday's 4-0 thrashing of arch rivals Real Madrid in La Liga, when Messi made his return from injury for the last 30 minutes, and on current form Barca appear unstoppable as they seek to defend the treble of titles they won last season. They are four points clear of second-placed Atletico Madrid in Spain's top flight after 12 matches, with Real a further two points back in third, and will be the overwhelming favourites at next month's Club World Cup in Japan.

Goals from Uruguay striker Suarez and Brazil forward Neymar kept Barca ticking over while Messi was sidelined and the four-times World Player of the Year said they and the rest of the squad had proved they did not rely too heavily on his talents. "We have never said that ourselves and it has been proved," Messi said. "I had a bad time not being on the pitch but I enjoyed watching what my team mates did in each game," added the 28-year-old. One of the keys to Barca's success was the "very good atmosphere" among the players, Messi said.

"We try to be professional, to have fun and to get on with each other day to day. We are at a very good level but there is still a long way to go before the decisive phase of each competition."