French PM says Benzema has no place on France team 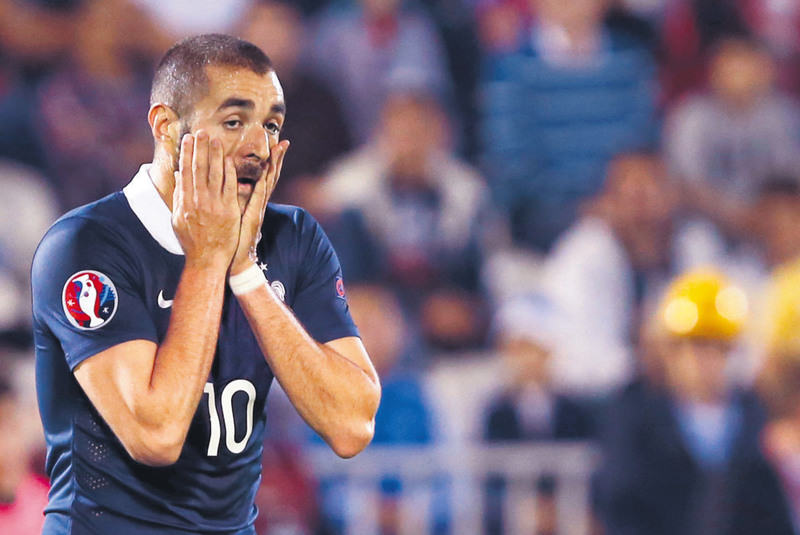 by Associated Press Dec 02, 2015 12:00 am
The French prime minister joined in the criticism of Karim Benzema (above) Tuesday, saying the Real Madrid striker "has no place" on the France team at the European Championship in the wake of a blackmail scandal.

Benzema is one of France's key players as it gets ready to host the Euro 2016 tournament, but the forward faces charges of conspiracy to blackmail relating to an extortion scam over a sex tape. He is suspected of having played an active role in pressuring France teammate Mathieu Valbuena, a case that has badly damaged his reputation.

"A great athlete should be exemplary," Prime Minister Manuel Valls told French radio Europe 1. "If he is not, he has no place within the France team."

The investigation, centering on wiretap evidence, started when Valbuena took legal action after being contacted by a man claiming to possess an incriminating sex tape. In a case that could drag on for months, Benzema's involvement has not yet been fully determined. But investigators who charged him in October believe he was approached by a childhood friend to act as an intermediary and convince Valbuena to deal directly with the blackmailers. "If a minister was handed preliminary charges, he would no longer be part of the government," Valls said.

Benzema denies any wrongdoing but his arguments were undermined last week when Valbuena spoke directly about his attempts to pressure him in an interview with Le Monde newspaper. The French football federation has also joined the case as plaintiff.

"There are so many kids, so many youngsters in our suburbs that relate to great athletes," Valls said. "They wear the blue jersey, the colors of France, which are so important in these moments."

Preliminary charges under French law mean magistrates have strong reason to believe a crime was committed, and allow time for further investigation. The charges may later be dropped. In 2010, Benzema was handed preliminary charges for soliciting an underage prostitute but was acquitted in a case that lasted more than three years and tarnished his reputation.
RELATED TOPICS